Since the Czech Republic is located in the heart of Europe, it is often used as a transitory point, which is why it’s so easily accessible. The country’s inter-city connections and public transport system are excellent as well. But not all public city transport systems are alike! For example, did you know that Prague is the only Czech city with a metro? And have you heard of the unique night bus system operating in Brno? Read more in our article. 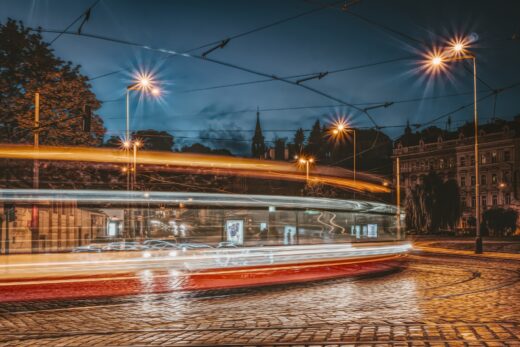 You can find comfortable and accessible trams in most Czech cities.

Czechia has several international airports, which people can use to come here from all corners of the world. They are:

If you’re travelling to or from these international airports during the pandemic, make sure to go on their websites and double-check that you’re ready to adhere to all measures. You should also make sure to get to the airport(s) in advance (during the pandemic, that means cca 3 hours ahead of your flight), because all of your credentials (including COVID-19 documentation) will need to be checked carefully before you’re let out of the country.

You can also come to the Czech Republic on international trains or by using international bus lines. Tickets for international lines are available at the České dráhy website, RegioJet website (which also offers airplane tickets), and the Flixbus website. 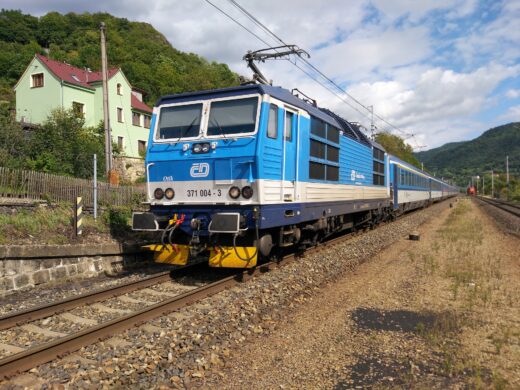 Riding the trains in Czechia can be an aesthetically-pleasing experience.

You can also use České dráhy (the Czech state train company) and RegioJet (the bright yellow buses and trains) to travel between Czech cities. Czech highways aren’t always the best (lots of traffic jams and road-construction), so maybe avoid the buses if you can, but Czech trains tend to be comfortable, fast, and on time.

If you buy your bus/train ticket via RegioJet, you can cancel it by up to 15 minutes before departure. The great thing about getting your train tickets from České dráhy is that you can use it anytime within 24 hours (and not necessarily only for the specific train you originally purchased it for).

Another great option is Flixbus, which offers similar services to RegioJet’s bus services. Flixbus can take you to more than 2.500 tourist destinations in 36 countries, but it also operates inter-city lines in the Czech Republic. You will be able to recognise their vehicles by their bright green color.

The best kind of public transport in Czechia is definitely inner-city transport. It’s cheap, relatively fast (especially if the vehicle is on rails rather than the road) and very safe. You also get to choose from a variety of lines and vehicles, which can be exciting to tech enthusiasts. In Czechia, we have buses and microbuses, trams, trolleybuses, and the metro.

How to get tickets?

Usually, you can buy classic paper tickets at a newsagents. All you need to know is the amount of time you’re going to be travelling. Paper tickets are also available in ticket machines, which can be found all over the city (typically at the transport stops).

You can also buy your ticket via text message. The number and the code as well as the money you need are different in every city:

In some cities – e.g. in Brno – you can also become contactless! Check in and check out of the vehicle using your payment card. In Brno, this system is called the Beep & Go and it’s extremely simple. All you need to do is tap your card (or phone, if you’re using Apple Pay) to the reader (usually a yellow box near the door) and wait for the beep. Once you’re ready to get off the vehicle, you tap your card again if your journey has been shorter than 15 minutes to get a cheaper fare.

As for season-tickets/passes, those can typically be purchased at your local transport office. Don’t forget to bring your study confirmation/ISIC if you’re a student, you will be able to get a large discount!)

Can I combine different vehicles?

Of course, more often than not, you’ll need to combine several different lines (and sometimes even vehicles – e.g. bus and train) to get where you need to go. To plan your journey properly, use the IDOS website or the IDOS app – Google Play, Apple, which will tell you exactly which vehicles and lines to take as well as the times of your departures and arrivals. You can also use Google maps for this same purpose, but trust us, the IDOS app is much more efficient and user-friendly.

Sometimes, you will be able to use the same ticket you used in the city to ride the train. This is for example true in Brno, where you can use your Brno Public Transport ticket to ride the train in zones 100 and 101. As such, you can for example depart from Malinovského náměstí tram stop in the center of Brno and arrive by train to the town of Bílovice nad Svitavou using the same ticket. 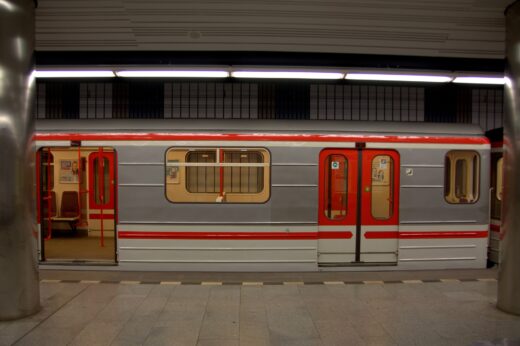 The metro system in Prague is very popular, especially with foreigners.

For more information on transport in Czechia, read our articles on the Beep & Go system, Transport Passes, and our services regarding airport transport.

Do you feel lost in the Czech Republic (and not just transport-wise)? Foreigners is here to make your stay in the country as pleasant as possible. We can help you with almost anything – from immigration matters to translations and apartment rentals. All you need to do is contact us.