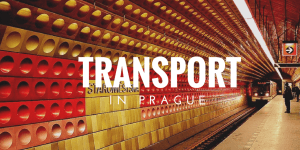 Whether you’re a tourist, an expatriate or a “Pražák”, transport is more than likely the heart of your daily life in the Czech capital. Prague is one of the best served European capitals, especially when it comes to public transportation. You can browse the city by metro, bus and also by tram.

Public transport is the best way to get around Prague, whether it’s between different tourist sites or residential areas. Using public transport in Prague is also an easy way to discover its history and enjoy the scenery from above-ground transit, like the tram for example.

Prague public transit is managed by the transit company, Dopravní podnik hlavního města Prahy or DDP, which indicates the timetables and changes as well as the routes to choose according to your request on its website.

As for fares, a single ticket costs between 24 and 32 CZK and covers multi-transport. If you stay in the Bohemian capital longer or want to use public transport more, you can buy a fixed-term pass or a rechargeable card.

You can buy tickets from the yellow ticket kiosks located in the vestibules of all underground stations and at some (but not all) tram and bus stops. You can also buy them from mini-markets (Potraviny), Tobacco (Tabák) shops, newsstands (Trafika) throughout the city. There are two rates: for a direct journey of fewer than 30 minutes without change, you need a ticket for 24 CZK. For a journey of 90 minutes with an unlimited number of changes, you need a ticket for 32 CZK.

One 24-hourpass costs only 110 CZK and you can buy it at the counter located at all metro stations. The Opencard, for a longer duration for which you have to fill out a form and provide a photo ID, is available on the website.

Since there are no turnstiles, you will most likely run into ticket inspectors, often. If you travel without a ticket, know that the fine is 800 CZK payable locally and IMMEDIATELY. Discounted tickets for children, seniors, and students are available at the various points of sale.

If you have large luggage or travel with a dog you have to buy an extra ticket which costs 16 CZK.

** All public transportation tickets are also valid for the Funicular that runs up Petřín Hill near Újezd. 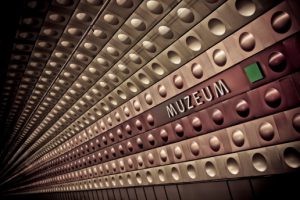 The Metro, or Subway, is by far the fastest and most used means of transport in big cities and Prague is definitely one that is very well serviced.

The Prague Metro is composed of three lines coded by colors and letters. A fourth line, as well as other stations on already existing lines, are/will be under construction. The green line (A) is the shortest and runs from NemocniceMotol in the Northwest to Depo Hostivařin the East. This line serves the stations of Old Town (Staroměstská), Malá Strana (Malostranská) and Nové Město (Můstek and Muzeum), as well as the station of the end of the line. The yellow line (B) is the longest and the red (C) is the most recently added line and runs roughly from north to south.

The metro runs approximately every five minutes from 05:00 to midnight, less frequently on Sundays and public holidays. About 50% of the stations are accessible to the disabled, especially on the red line. These stations are labeled as “Barrier Free”. 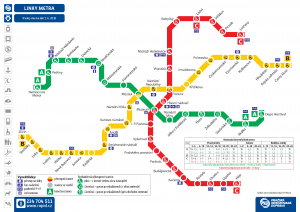 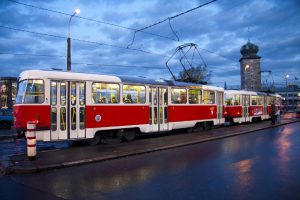 The dense network of tramways is the main characteristic of Prague as these traditional electric, red-colored vehicles crisscross the city transporting locals and foreigners to every destination imaginable!

The schedules of trams and buses are a little difficult to decipher, but each indicates the stops of each line and travel time to those stops. Most of the highly trafficked tram stops are now equipped with electronic screens that indicate the next several trams arriving at that location.

Trams run day and night, with a more limited (but still somewhat regular) night service. This nocturnal service runs through the most popular places from midnight to 05:00amat 1-hour intervals and allows you to make your party in Prague mobile. 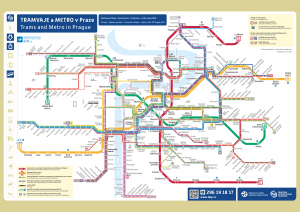 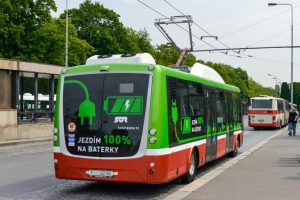 Buses are mostly used to reach the neighboring suburbs, not served by the tram or metro, and there are many buses whose lines intersect to make changes.

Many electric buses also emerged this year, confirming the position of Prague in terms of ecology. 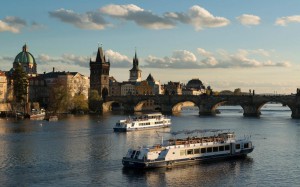 Being by far the most spectacular and entertaining way to get around, many ferries run between determined points on the Vltava. This provides views of the Dancing House, Prague Castle, Národní divadlo, and many others. For example, there is a ferry from Dětský Ostrov (Children’s Island) to the National Theater, stopping at Slavic Island andArcher Island.

You can get more information through the portal of the city.

Prague taxis do not have a very good reputation. Therefore, it is best to contact an official company, such as AAA Radiotaxi (Aaataxi.cz) or City Taxi (Citytaxi.cz). These two companies offer standard, well-specified rates (about 26 CZK per kilometer). One can be ordered by SMS. The agents, as well as the drivers, speak English. You can also use the Taxify app on your mobile device to order an honest taxi and receive an estimate for your entire trip before you submit! Uber is also a great cheap alternative to get around town. 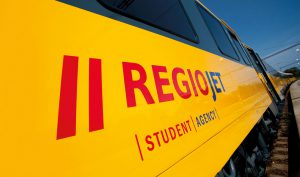 If you want to escape Prague for a few days to visit the rural Czech Republic or explore other large European cities like Berlin or Budapest there are 2 ways. The fast and inexpensive way is by bus. Buses take on average between 1 to 5 hours to get anywhere within the Czech Republic, but everything depends on your specific destination. Moreover, if you travel with the company Regiojet (Student Agency), you will be able to benefit from their freeWi-Fi as well as a hot drink and an integrated headrest screen complete with film and music. Other companies also offer many similar trips and services, like Flixbus, GoEuro, and Hellö. The train is also a good way to get around. It’s definitely a little faster but also more expensive.

4 thoughts on “Transport in Prague”