Hi, my name is Anna, I am 22 years old, and I am currently living in Brno. I was born and raised in Luxembourg, with a double nationality, Luxembourgish and Czech.
I lived in Luxembourg until my graduation in 2018, however, I visited my relatives and friends in the Czech Republic during my whole life. Living in a bi-lingual household, the language never was an issue whenever I came here.

After graduation, I moved to the Netherlands for my studies, but I quickly realized that I wasn’t happy there. I moved back to my parents and after long research and pro-and-contra lists, I decided to move to Brno to study musicology.

When I made this decision, it gave me comfort to know that I knew the language and the culture, but I was excited to make new experiences as someone living here and not only visiting.

In August 2019 I moved to Brno and started my student experience. I didn’t know anyone in this city, and I was a little anxious about finding friends, but ever since I started university, I have met many great people. Since then, I have made many observations and discoveries.

Obviously, there have been and still are many more discoveries that I have made, and others undoubtedly too. However, one of the most profound experiences that have changed my life is introducing myself to others.

Introducing oneself is such a basic thing to do and yet it might be awkward from time to time. Sometimes, when I introduced myself and people asked where I was from, after telling them I was from Luxembourg and being Czech too, I got very interesting looks.
Although I have experienced this a couple of times before, since living here this kind of interaction felt different.

The reactions varied, some people wanted to know more and were interested in “my story”. Others expressed a feeling of incomprehension and alienation when they linked Luxembourg to “the rich country”. Opinions and stereotypes were conveyed, in a funny kind of tone or in a more serious tone too.

So, sometimes to avoid this, I just said I was from the area my mother’s from, but immediately I felt guilty for feeling “ashamed” about my double nationality. Finally, I decided that I couldn’t control the other person’s reaction and continued to introduce myself as the Czech and Luxembourgish girl. Not a foreigner nor a native.

It has been a journey, and it still is, and I have learned a lot. Not only about life in the Czech Republic but also about myself and human interaction in general. I believe going through this kind of experiences makes us grow as individuals and form our identity. Staying true to myself and embracing the positive experiences and learning from the less positive ones is a process I am thankful for.

I strongly believe that in spite of the pandemic circumstances, thanks to Foreigners and to numerous Facebook groups and pages, new communities can and are being formed. Communities in which information and experiences are shared, and where introductions might be more comfortable. 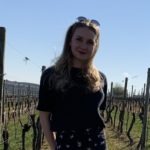 Hi there, my name is Anna and I am somewhat a foreigner in the Czech Republic too. Born and raised in Luxembourg yet having also the Czech nationality allows me to perceive the international flow from multiple perspectives.