What is culture shock? People who have lived abroad must hear about this phenomenon and probably experience it. In this article, we will give you a deeper concept about the phenomenon, help you to recognize the stages of culture shock and how to deal with it.

Culture shock is a term which describes the feeling of disorientation experienced by someone when they are suddenly subjected to an unfamiliar culture, way of life, or set of attitudes. In another way, it is the deeper cultural differences of mindset, customs and interpersonal interaction, which turn cultural transaction into struggle.

Culture shock in many cases could be seen in different levels. Depending on personality and circumstances, some people could adapt to new culture easier than others. Some cases, it is not even clearly noticed. However, as an expat, you will have culture shock either slightly or seriously. If it affects you seriously, it could be the responsibility for your early abroad termination. On the other hand, we could prepare ourselves for this phenomenon by recognizing its stages, by this, we would not be hit by unexpected situations.

It’s an positive stage when people are infatuated with people, culture, language, and food in new environment. In this stage, it seems like staying abroad is the greatest decision ever, and you feel like you want to stay there forever. For example, in Guidebook about Southeast Asia, they described Bangkok as the overwhelming smell of fish sauce, the muggy tropical air, the traffic straight out of hell, all of these things combining together, making the city like another planet to tourists.

“I remember coming to the US for the first time at Boston airport around Christmas time in the year 2000. It was like stepping into an American movie. The Christmas decorations were amazing and I saw Starbucks, Taco Bell’s, Dunkin Donuts everywhere. I had to try them all. Now I shiver when I think of the idea of eating there and drinking.” – Daniel, a Dutch blogger living in US.

This stage happens to people who live abroad or travel abroad frequently. It is also the most difficult stage of culture shock. In this stage, you start to feel fatigue of not understanding gestures, signs, you get laughs at, etc. You can easily offend even with smallest things and you don’t know why. Your response is usually anger. In this stage, you could have bouts of depression or homesickness, or feel of longing to home where things are familiar to you.

“A couple of weeks into a six-month stay in a very remote town on the Pacific coast of Costa Rica, I became extremely ill and was bedridden for a week. It was completely miserable and for days all I could think was: What am I doing here? All I thought about was how to get home. Of course, once I was finally recovered, I made the mile-long walk to a nearby beach and the thoughts I had about wanting to be back home instantly disappeared.” — Tamara Oxley, marketing and communications associate, referred from Global Perspectives.

When you start to feel more comfortable and familiar with people, culture, food and language, frustrations are gradually subdued. Friendship and community network are built, the local language becomes more recognizable. Things go easier because you are adjusting yourself to new environment.

“Over time though, we begin to adjust and maybe even forget about the things we originally felt we couldn’t live without. On a good day when the sun is shining and you’re enjoying what your new country has to offer, you start to feel like there’s really not that much difference between where you are now and where you were originally from. And then something happens.” – Referred from an Australian blogger Kristy Rice.

After wrestling with all of emotional stages above for weeks, months, or even years, we will go to the acceptance stage. However acceptance doesn’t mean that you totally understand the culture, you start to involve to new environment, adapting to it, finding what makes you happier and more comfortable. You find your place among things that used to be unfamiliar and made you feel frustrated before.

“There was a time when I realized that constantly comparing and contrasting everything would never allow me to be really happy here. Qualifying the differences worked both ways, and I felt torn between my life here and what used to be my life back in Germany. So I began to see the differences as what they are — just differences — without trying to rate them or use them to put one place over the other. Over time, I felt much more at ease with my life in the U.S., and I began to understand that these differences are what living abroad is all about.” — Arne Plum, referred from Global Perspectives.

How to deal with culture shock

As it mentions above, you should to prepare for all of the stages of culture shock to not to be shock when it happens; however, you can subdue the hard feeling by preparing well before going abroad. You should read as much as possible about the place where you are going, for example through travel books, local newspapers online, political situation, etc. Moreover, you should talk to fellow international people who have been there, and ask them for experiences, tips and referrals. Additionally, you should also talk to local institution where you are going to study in or work for to get some information and advice from them.

Now we will talk about how to handle culture shock with few steps. Always keep an open mind and positive attitude, objectively observing and facilitating the cross-cultural perception. Furthermore, don’t be rush, give yourself time to adapt to new environment. Thus, make an effort to study the language, it will help you to communicate and integrate better. Hence, make friends with local people, you will understand the beauty of customs, and how the local people act or behave better. Then, integrate with the culture, for example celebrate the holidays, join activities as locals do, have traditional meal, etc. And the most important thing, keep your sense of humor!

To make expats in Czech Republic feel like home and have great experience, Foreigners.cz always do the best to help you adapt with the new environment with our services of everything you need to live abroad, and also organizing many events for foreigners and locals with friendly international environment. Visit our website for more information.

I hope these tips are useful for you and help you to enjoy staying abroad more. If you want to share your experience and tips for international fellows, please let us know with comments below. 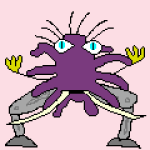