The number of foreigners in Czechia has been steadily going up. In the second-largest city, Brno, there are currently more than 40 000 of them. This is also why cultural institutions such as cinemas and theatres slowly begin catering to English and German-speaking audiences. One of such institutions is National Theatre Brno, which now offers performances with English and sometimes German subtitles in its programme in addition to Czech subtitles. 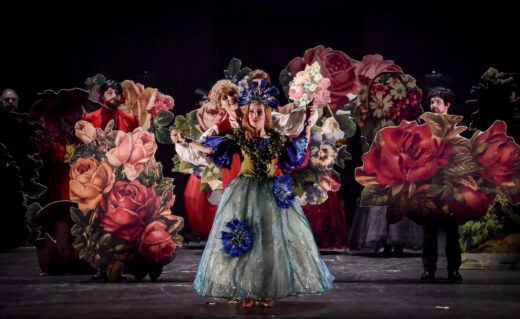 From The Queen of Spades – opera performed on 28 February in Mahen Theatre.

Hunting for accessible culture in Brno

Brno is very popular with foreigners. People from all over the world move here to attend one of our many universities or work at the many international companies located in the city.

Over the years, it’s become quite an international city – a safe port for foreigners with many options in the English language. You can get your haircut from an English-speaking stylist, visit an English-speaking doctor or therapist, and even buy and borrow books in English in our many bookstores and libraries.

The cultural scene in Brno is also doing its best to accommodate foreigners by making their programmes accessible in English. Some theatres have started offering plays in English and many cinemas in Brno make sure to equip Czech-language movies with English subtitles.

Brno is also the home to many international festivals – including:

If you’re specifically a fan of theatre (or as fans of theatre sometimes like to call themselves – theatre nerds), you’ll be happy to hear that one of the institutions that are making theatre more accessible to foreigners in Brno is National Theatre Brno.

National Theatre Brno operates three buildings in Brno – Janáček Theatre, Mahen Theatre, and Reduta Theatre. Between these three buildings – the programme offers a variety of shows, from ballet and opera to drama. They also organise various festivals, including DANCE BRNO and The Janáček Brno International Opera and Music Festival. 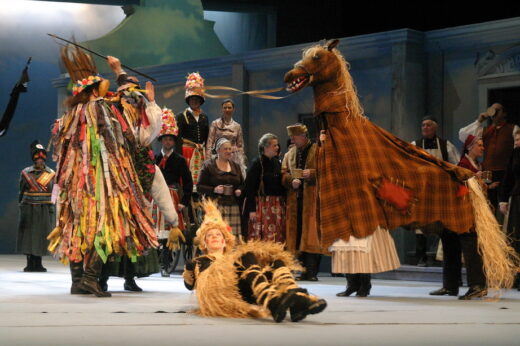 From Bartered Bride – opera performed in April and May in Janáček Theatre.

The majority of their website has been translated into English as also into German, so if German is closer to your heart, you don’t have to worry about not being able to understand.

If you’re curious about which of the shows will be accessible to you in English, all you need to do is go to the programme section and make sure you’ve switched to the English version in the upper right corner of the website.

Coming up, you can look forward to gems such as:

The opera and drama performances will ALL be equipped with Czech and English (sometimes also German) subtitles. Make sure to check each performance blurb for details. 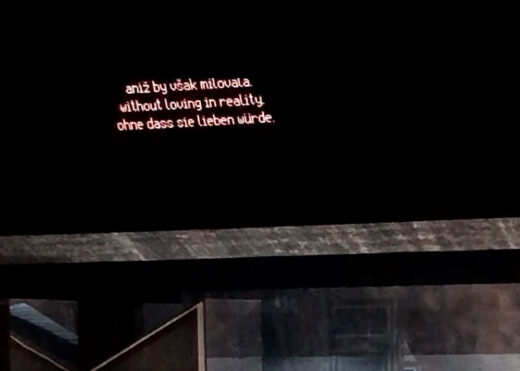 This is what the multilingual subtitles look like in the theatre, displayed above the stage.

Want to become a friend of the theatre?

Cultural institutions have been going through tough times lately (not only) due to coronavirus. Therefore, National Theatre Brno has come up with a donor programme that will welcome even small donations. Even you can become a friend of the theatre.

Already interested? That’s great! Watch this space (you can subscribe to our newsletter to make sure you don’t miss anything) and we’ll bring you the details soon. In the meantime, check out National Theatre Brno’s current programme in English.