Today, we have the pleasure to get to know Oldrich Lang, our Expat & Immigration Consultant in Brno, a little bit better. Oldrich, or so-called Olda, has been working at Foreigners for the past eight months. He is 30 years old, living with his girlfriend and their dog Tedko. Originally, he comes from a small town of Hustopeče, located in the South Moravian Region. But for about the last 10 years he has been living in Brno, except for two years, when he was traveling in the US, Canada, and New Zealand. 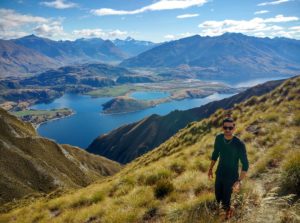 Oldrich at one of his travels at Roys Peak, New Zealand

Hustopeče is a small town very close to CHKO (protected landscape area) Pálava, Oldrich explains, where you can visit a lookout tower in the middle of a unique almond orchard. There are a lot of wine cellars and interesting events for wine enthusiasts throughout the year.

For Oldrich, Brno seems to be a wonderful place to live, because even though it has the advantages of a big city, like plenty of opportunities for both personal and professional development, it is still not overcrowded by tourists. “I and my friends enjoy sitting in small cafés and bars. We truly like trying new meals and drinks and Brno has many beautiful places for that,” he says.

From time to time Oldrich and his girlfriend go for a nice brunch. Bistro Franz, Punkt cafe, or Coffee Trail are some of his recommendations. And if you’re more into beer then you can check small pubs with local breweries like Zamilovaný Hájek aka Zamilec between Královo Pole and Řečkovice city areas, and who knows, maybe you’ll find him there, too. 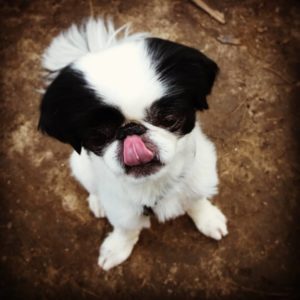 As a child, Olda was more of a dreamer. He wanted to become a cosmonaut because all the interesting theories about the universe and our place in the universe fascinate him. But instead, he ended up studying economics and law, letting the daydreaming to his past self.

Do you think you have changed since when you were a student, I wanted to ask him next.

“I think that people always keep changing. Every experience can influence your life,” he answered. It is important to learn from every mistake, to keep changing in a positive way and thus, broaden your horizons.

Oldrich believes that he hasn’t changed dramatically in the past years. Although, while traveling and working in different fields, he met all kinds of people, which of course affected him and formed his personality. But, in the end, he still feels like the same person, he has always been.

Every Working Day Is Different

Regarding his work at Foreigners, Oldrich’s mission is to help expats with the immigration process and with settling up in a new country in general. Most of his clients don’t have any or many friends who they can rely on when dealing with the Czech officials. That’s where Olda steps in, to help with the bureaucracy jungle. He guides people all over the world to manage different types of visas and residence permit cards.

“It is a very diversified job. I have never experienced any stereotype in the past months,” he added next. Each of his clients has different issues and therefore every day is unique for Oldrich. He also appreciates that he has the opportunity to talk with different kinds of people from various countries, on a daily basis.

Generally, you could describe Oldrich as a very sociable person that loves hanging out with others and that is always pleased to meet some interesting people with different cultural backgrounds. That’s why he finds his job at Foreigners pretty enjoyable, even though it gets stressful at times, like when he has many cases all at once and he wants to keep everyone satisfied. 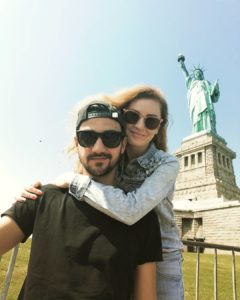 As for his future in this field, Oldrich confesses that he doesn’t really have a specific plan at the moment and that he prefers to go with the flow. Still, he wants to improve his skills and extend the cooperation that Foreigners have with whole companies and also to find other opportunities and companies in the way.

As for spending his free time, the first thing that comes to Oldrich’s mind is traveling. That is his passion, as he puts it. The next target on his bucket list will be countries in Latin America or a country like Japan.

Moreover, he has already been to Liverpool. “I am a huge fan of the Liverpool football club – I watch almost every game, sometimes also in local pubs together with other fans”, he admits. So when he traveled there he was thrilled since he had the chance to watch a football match at Anfield Road (home stadium). 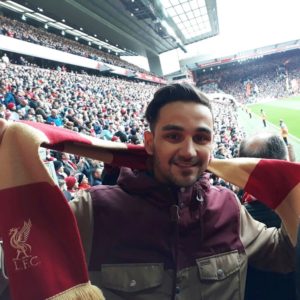 While on a football game at Anfield Road, England

When he was younger he also used to do street dancing. He used to dance for more than 8 years in a dancing crew, which he really enjoyed.

Oldrich is not a frequent reader but he really likes and recommends the series with Jack Reacher from Lee Child. He has actually read all of his books!

Based on his job experiences, Oldrich’s advice for all foreigners who want to come to the Czech Republic is to “be prepared for non-English speaking officers at the Immigration office and for bureaucracy.”

He also suggests to “be patient in dealings with officials, but the most important thing if you are traveling to a foreign country is to be respectful and keep smiling and people will talk to you with a smile as well. Sometimes you can meet idiots. And that’s possible on every occasion.” Oldrich met a lot of people during his travels and also had a bad experience with some of them. “Their behavior was not friendly because I was a foreigner in a foreign country. But you might meet such people all over the world. It doesn’t really have to do with the country or culture. So in case that happens, don’t be quick to judge. I have to say this situation was very rare and most of the people were very kind to me. You can apply this rule also for Czechs because most of us Czechs are pretty normal and kind,” he adds. 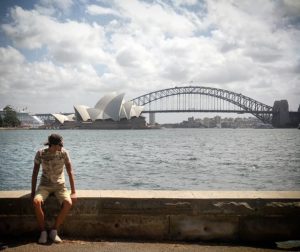 View at the Sydney Opera House

If you need Oldrich’s help regarding the immigration process you can ask for his assistance via brno@foreigners.cz.

If you want to read more of our interviews with people from Foreigners click below:

6 thoughts on “Most of Czechs are Pretty Normal, Says Our Expat & Immigration Consultant Oldrich”