Arriving in a new country is always a huge challenge, moreover when you do not know anyone there. The first weeks in a city is a continuous discovery! This is how my first week in Brno has been!

I am Carlos, a new expat in Brno! The Czech Republic is still a new world for someone like me, a 23-year-old Spaniard in the city. Actually, I have only been here for one week, and it is only my second time in the country, as I went to Prague last year on a weekend trip. This time, I arrived in Brno knowing absolutely nobody or anything about it. In fact, my first impression deeply scared me. I didn’t get off of my train at the right station and I had to walk for more than a kilometer with two huge suitcases and a heavy rucksack in an unknown country.

Nevertheless, my impression of the city has been changing gradually during this last week. Firstly, I discovered that the transports are really efficient! Despite living far from the centre, in Starý Lískovec, I can easily reach it in about 15 minutes thanks to the tram, which fastly goes from my home to the main station. So my first worry, being far from the city centre, did not take too long to disappear!

Also, I discovered that the city can be so interesting! The heart of the city centre is in the Náměstí Svobody (Freedom Square in English), but nearby this square it is possible to reach most of the emblematic places of the city. There are a lot of people and it’s very pleasant to have a walk through the center. It is great news that it is quite cheap and easy to drink beer! The bad news is that I do not like it… But it is possible to find other cheap drinks, so it was not a big problem for me!

As a European citizen, my adaptation to daily life was not so problematic. Actually, we are not so different from each other – the Czech and the Spanish. For example, I was a bit unsure about what I would find to eat here. However, in supermarkets, most of the products and brands are the same, so my meals are similar to the ones I could have had in my country. The same applies to food chains. In the end, most things remain familiar to me. The only shocking problem for me was the language. Many people speak English in the city, but not everyone. This made some bureaucratic problems be difficult to solve, but in the end, I could manage to do everything!

Fortunately, in my new position as an intern at Foreigners, I can deal with everything in English and in my daily life English is enough to survive! The foreign community seems to be big here, so I hope I can get a great group of friends with whom I can enjoy this city during the time I will be living here. Fortunately, I know there are activities organized specifically for expats, like the MeetUps of Foreigners. It is only the beginning of my adventure at Foreigners and in Brno!

Do you want to know what a Spanish expat does in Brno during the whole summer? Just follow us on Instagram! 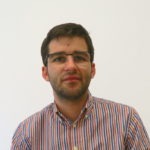 I am a Spanish expat living in the Czech Republic for a few months. I am currently discovering the country. I will share here with you my experiences! I wish that my posts can be useful for you to adapt better to the lifestyle here.