For Greeks that are already in the Czech Republic since the borders are closed now… or for Greeks that think of visiting the country in the future, hopefully, it will be soon. And for all of you interested in what a typical Greek person looks like!

Let me start today’s narrative by describing briefly what it’s like being an average Greek for a day. This description is going to be highly stereotypical, but since I am a Greek expat, I am allowed to do that (fingers crossed nobody gets offended). 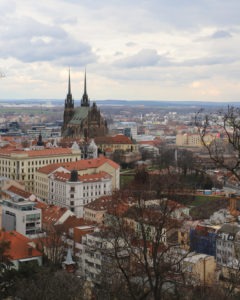 Living abroad is not an easy choice

So finally you managed to wake up in the morning, after hitting the snooze button for the tenth time today. You open your still sleepy eyes, you begin to yawn while stretching your limbs under the blanket and then you get your mobile in your hands and start scrolling down your timeline for at least half an hour.

The next thing you’re going to need is COFFEE and trust me, this is a vital part for your well-being and for the well-being of the people that surround you!!! Everyone knows that they are not supposed to talk to you unless you’ve already had your morning coffee and the caffeine started operating the rusty machine, you call your body.

If someone even has the nerve to think that they can open a conversation before this step, they’ll just probably get a slipper on their heads. This is an important lesson if you ask me because afterward, they’ll never repeat the same mistake again. 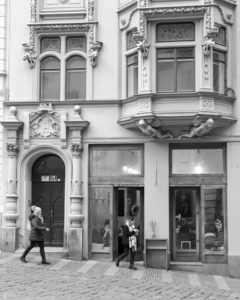 Strolling around at Brno paths

Now, let’s go back to the routine. Your coffee is ready (obviously needs to be black to get your daily dose even faster) and you decide to sit on the couch with a lighted cigarette on your right hand to watch some TV. That pretty much sums up your “breakfast”, because if you’re a normal Greek you don’t need to eat in the morning.

Full of energy that you are, you are more than ready to start your productive day, whether that is going to work (if you’re lucky enough to have one) or just continue laying on the couch till it’s time to go for yet another coffee with your friend, that has, also, nothing to do. That doesn’t mean that if you’re working you are not going for a coffee. You can always do that after.

Going to coffee places is extremely important for the Greek culture, otherwise, we cannot function properly!!! And of course, we don’t do it like the Italians. No, no, no, for us is more than just drinking coffee. It’s a ritual!!! We have to go to the place and start analyzing our whole existence. Like how was our day, our week, the highlights of the month, the weather, who broke up with who, what’s new in the city, what to wear tomorrow night when we’ll go clubbing, what to eat next because we’re constantly thinking about food and we’re always hungry! And after that, we need some more time to chill and relax, because we had a long, tiring day and we need to get it out of our system. And let’s say you have stuff to do, like chores at home. So what? You can always postpone them for later! Relaxing should be your priority! We need to keep our motto “Relax, chill man, take it easy” alive!

Αfter you have been rejuvenated with your coffee and relaxation it is time to go back home and eat your mama’s food, because you obviously still live with your parents, no matter how old you are (sometimes even when you get married and you have your own family). It’s not like Greek mums spoil their kids. No, that’s not the case! They just love them and care too much for their well-being, so they tend to nourish them a little too much, sometimes even when they hit their 40s. 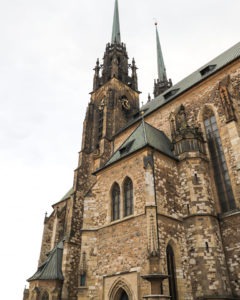 I forgot to mention here, the obvious assumption that I’m sure you’ve already made, that after your coffee break you are getting back home by car because if you are a normal Greek you stop using your feet to go anywhere after getting your driving license. What about public transport, you might ask. Whaaat, are you crazy? Pff, nooo way I’m going to squeeze in the bus when I can have the comfort of my own car. Who cares about traffic or the planet? I wonder how you come up with such weird questions!

So, now that you’ve eaten and you’re full, you need to get dressed to go for a drink. Just one though, because you need to wake up early tomorrow. Getting dressed if you’re a Greek means dressing as if you are going to your own wedding! That’s why your preparation takes some time (like an hour). But after that, you are ready to hit the road once again!

Do you remember a while ago you said you’re only going for a drink? Well, we both know that you were fooling yourself. Who are you kidding? You never quit that easy. The night is always young for the Greek people and we have to live it to the fullest. So after several drinks (that is, when you are almost completely wasted) and a lot of dancing in the rhythms of Greek music, we call them “dog songs” (probably because they sound like a barking dog), it’s time to go home and pass out on your bed.

That’s a typical day in the shoes of a Greek. 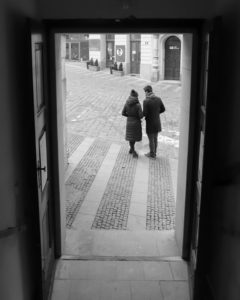 Leave your comfort zone behind, the magic happens in the unknown

So let’s just act like such a person has to leave all his/her comfort zone to go live abroad. What do you possibly think would happen next? The only answer to this question is CHAOS! You can’t just expect from a Greek to leave home and find his/her way into the unknown all alone. The adjustment for him/her to the new reality would take a lot of time, but that’s why I am here! To help with a more harmonical adaptation to the new environment. I’ll guide you through the whole process. From the moment you step your foot into Czech ground. 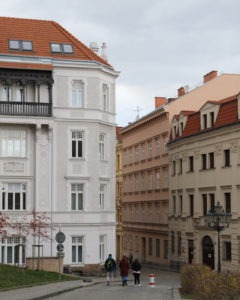 Just go for a walk (and preferably alone)

Well, in this case, my friend, you’ll need to compromise, because – especially in big cities – rents are high. But you don’t have to be negative from the start. At least you’ll never be alone and you’ll always have someone to talk to (if you’re an introvert, just stick to good morning and good night).

And in case there’s anyone that actually cooks, (Greeks don’t really know how to do that, you know the mama issue I analyzed above), you have to know that in many supermarkets they use vending machines, so you would have to do the process on your one (yeah yeah I know that you don’t like that, but please don’t whine about it, it’s not like the end of the world). There is an English option on the machine, so I think you can manage.

The only problem you might have is eating hours. Czechs normally have a lunch break around 12 p.m., while Greeks decide to eat around 3 p.m. Dinner is also another story because we tend to eat really late (8-9 p.m., sometimes even later), while Czechs eat around 6-7 pm. 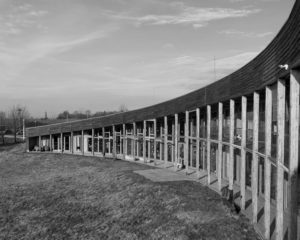 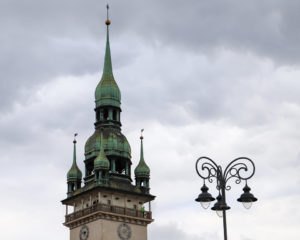 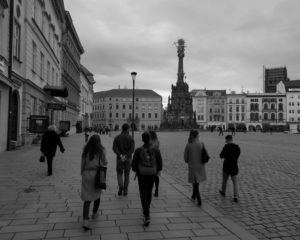 Olomouc at its finest

Now I am positive that you can visit the Czech Republic, minimizing the issues you will be facing.

So that’s all for now, I’ll go back to listening to “The Swing of Justice” from Gramatik and you can go check our latest movie article to pass your time while on a quarantine.