From year to year, the Czech Republic attracts more and more expats due to its low cost of living, beautiful nature and loads of job opportunities. According to the statistics, in 2019 total unemployment in the country is 3,3%. Moreover, the Czech Republic happens to host the largest number of expats working in its territory compared to other countries.

According to the latest data provided by the Czech Statistical Office, the Czech Republic employs the largest number of foreigners. Most of them who come from non-EU countries are working in Central Moravia. Along with it, it’s claimed that nine out of ten citizens of non-EU countries found a job in Olomouc and Zlín districts. In overall, there’s 88% foreign employers who are currently working in this region. 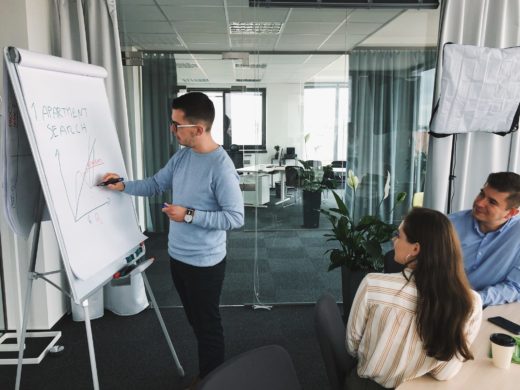 When it comes to employment of EU nationals, the leading countries are Great Britain and Lithuania, followed by Sweden, France and again, the Czech Republic (Central Bohemian Region in particular). A few regions of Southern Europe and the Netherlands, on the contrary, show the lowest employment of citizens from other EU countries.

If you’re looking for more detailed information concerning working and finding a job in the Czech Republic, take a look at our survey, where we included all relevant information about expats working in Czechia. The survey is based on 350 foreign people where they were asked why they chose to work in the Czech Republic and how they feel about their decision.

Willing to find out more? Our e-book is available for purchasing for 590 CZK!