So guys, as I promised there you have it. The second part of my movie tips to make your evenings at home more bearable. No worries, you can thank me later! I hope you are going to love today’s recommendations as much as I did.

The fan-girl inside me screams Jake 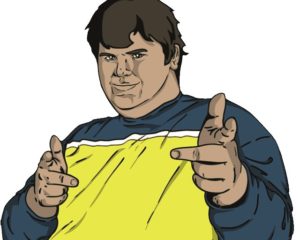 During my first year of university, back in Greece, a friend of mine, got me obsessed over Jake Gyllenhaal, so there was a period that I’d been watching whichever movie he played in, no matter what the genre was. But all in all, I’m glad I did, because now I can recommend to you these three:

For me the movie was a harrowing piece of work with 20-year-old flashbacks into the past and an ending that keeps you wondering.

As a journalist wannabe that I am, this one hit me really hard. Is this rotten to the bone field, the reality I’m getting myself into? The answer is probably yes, but I also tend to believe that life is what we make of it. We can always try to fight back and keep our morals intact.

The master of suspense and unexpected, of course, had to be included. If you decide to follow these movie choices, it has to be during a relaxing evening, because you’ll need to pay attention to the details. So let’s take a moment and applaud this genius of a director that he is.

I’m starting this part with:

Nolan’s directing once again is here to outstand us. A movie that needs at least one revision, because it has the ability to consume you so deeply, which might even result in different interpretations every single time.

The storyline is meant for absolute chaos and confusion, as it mixes up chronological levels and changes scenes in a split second. The feeling that you get afterward is as if you are in the same state as the main character, that is, with a short-term memory loss.

You’ve probably watched this one like a bazillion times and if not, what are you doing with your life? Even though I’m not a superhero fan, I got to admit that this movie restored my faith in them again. Ledger’s performance was extraordinary. You can sense the madness and the complexity of his psychosynthesis and character in every word he says.

If you haven’t checked part one of my movie list yet, what are you waiting for? Click here.

Pixabay, for the photos