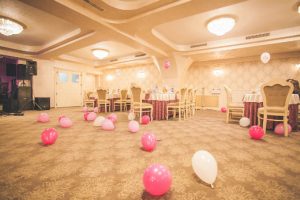 There is a long tradition of formal balls (ples) in the Czech Republic, and most Czechs have taken part in at least one of these balls. They are organized all over the country, in cities and villages, and by a variety of organizations and venues. Associations and clubs, such as fire departments, athletic groups, theatre groups, local football clubs, schools, etc. often are organizers of the balls. The events are opened to general public.

One of the most popular ballroom dancing event  is the Annual Graduation Ball (Maturitní Ples), which is held for students enrolled in their last year in high school (gymnasium). The ball usually takes place in January/February before the exam period. However, this event is not only for the students, but also for their teachers and parents. Many Czechs show off their dancing abilities while a live band performs during this formal graduation party.  It is common for Czech teenagers to attend dance lessons in school or in dancing studios to learn the basic etiquette of classical dances like waltz, fox-trot, Latino dances such as tango, cha cha cha, and traditional dances as polka, mazurka, etc. 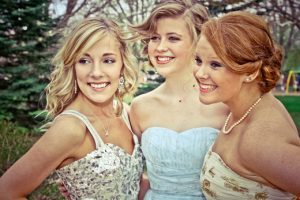 The season of formal dances and balls usually starts in late February when the Church calendar indicates the end of Lent, and continues until the end of March. However, in the Czech Republic that tradition is not strictly followed, and balls may start in the mid-December.

Ballroom dances have remained popular among Czech young people, and many believe that dancing is an established Czech tradition that is here to stay. Ballroom dancing is not only a very important skill in Czech society, but it also provides great pleasure for two people who are sharing those magical moments on the dance floor.

However, one tradition that is still followed is the formal dress code. The ladies should wear long sweeping gowns or short formal gowns, and men should be in their finest suits.

9 thoughts on “Dance with me!”