Throughout the year, several public holidays are specific to the Czech Republic so we thought it might be interesting to give you a detailed list of them!

But during national holidays, there is limited public transportation on these days and shops might be closed too (big shop like Tesco could be open though). There is also no class these days and you will probably be off work too!

While the majority of the world celebrates the New Year, the Czech Republic also praises the split of Czechoslovakia, also known as the Velvet Divorce of January 1, 1993. 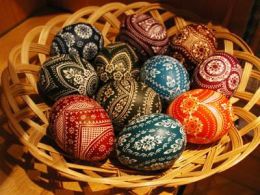 The date of Easter changes every year according to a lunisolar calendar and falls within about seven days after the astronomical full moon. So Easter Monday is right after the actual Easter day! In the Czech Republic, Easter Monday has its own folklore. You can read about it here.

Good Friday Good Friday has become one of the newest national holidays in Czech Republic. It is a Christian religious holiday commemorating the crucifixion of Jesus Christ and his death at Calvary. The holiday is observed during Holy Week, on the Friday preceding Easter Sunday (Easter Day) and it is the day after Maundy Thursday (Passion Thursday). During Good Friday people should fast and pray. The date of Good Friday changes every year according to the date of Easter.

Labour day is celebrated in many countries around the world. This is mainly to commemorate the achievements of the labour movement. But in the Czech Republic, the first of May is also the celebration of love, which used to overcome Valentine‘s day before. Read more about it.

May 8th: Victory Day in Europe

This day is commemorating the victory of the World War II Allies on Nazi Germany in 1945. It is also known as V-E Day. It is celebrated all around Europe and usually there are many events planned in cities. 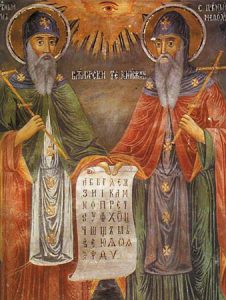 Saints Cyril and Methodius were Byzantine Greek brothers from the 9th century. They were Christian missionaries among the Slavic peoples of the Great Moravia and Pannonia to whom they brought orthodox Christianity. They also invented the Cyrillic alphabet.

Jan Hus died on July 6th 1415. He was sentenced to death by the Church for heresy. He was a Czech priest, philosopher and he studied theology at the Charles University in Prague. He was the most important Czech Reformer of the 15th century. He is considered as a national hero and the symbol of the Czech nation. 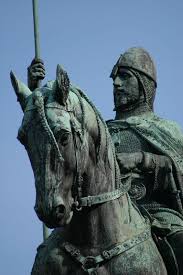 Saint Wenceslas is the patron Saint of Bohemia and the Czech people commemorates his martyr’s death which happened on September 28th 935. He became Duke of Bohemia after his father’s death in 921 until his assassination plotted by his own brother: Boleslav the Cruel. His was a huge support to Christianity. In a popular Christmas carol, he is even depicted as a the “Good King Wenceslas”. Read it here.

This day commemorates the creation of Czechoslovakia in 1918. It was previously part of the Austro Hungarian Empire until its collapse at the end of World War I. The first president of the new Czechoslovak republic was Tomáš Garrigue Masaryk who used to be the leader of the nationalist movement. On that day, the Czech president and members of the government place flowers on Masaryk’s grave.

This day commemorates the students’ protests of 1939 and 1989. In 1939, students were struggling against the occupation of the state by Nazi Germany. Nine students were executed and 1200 were sent to concentration camps. 1989 marked the 50th anniversary of this revolt and it actually led to another protest known as the Velvet Revolution which ended the Communist Era.

Christmas Eve and Christmas day are celebrated in many countries around the world. Usually this time is spent with families and the traditional Czech meal is carp and potato salad. Christmas celebration is extended to the 26th, which is Saint Stephen’s day and commemorates the first Christian martyr.

One thought on “Public holidays in the Czech Republic”