Life has a lot to offer and Sven, the former resident of Domeq, knows this very well. He came to the Czech Republic from Germany, where he was born and raised. His main reason to move to Brno was to gain new experiences and see what kind of a person he’s become with all the adventures he has been through in the past 32 years. 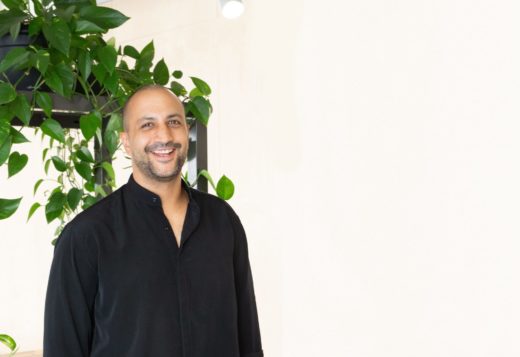 Sven, the cook who travelled the world

In Germany, Sven worked in a five-star hotel where he learned what hard work means. Then, His city started to become too small for him when he wanted to experiment and try new events so he decided to do something completely different.

“Before coming to Brno I’ve never heard of it! But I was tempted by the Czech Republic, and the Czech ‘beer-drinking, easy-going mentality’ that I like so much. I started out here as a call centre agent for Lufthansa but after a few months I have decided to come back to my true passion – cooking.”

Sven became a chef in his 20s. Throughout his life he has tried many jobs – he’s worked in the bureau, he’s worked for big companies like Volkswagen and he even tried out working in storage houses. None of these was his true calling, he thought. That’s when he decided to give cooking one more chance. “I went through a traineeship back in the day but it was very stressful and not my kind of a job. But what it provided me with, was a lot of work and travelling experience.”

He got to travel all around the world with a really big plane catering company based in Vienna. He accepted a job offer in a Spanish restaurant in his hometown, where he had to work very hard but it sparked a passion in him. He had a great team there and therefore a lot of fun. The only disadvantage though was that he was back in the kitchen and couldn’t really see how people enjoy the food. One of the attendees, though, told him that his food was like ‘a hurricane in the mouth.’

It is tough to give a cultural shock to Sven at this point. Due to his job duties, he’s been to all kinds of places, India, for example, and after visiting these countries, the Czech Republic is very peaceful in comparison to him. During his travels, he especially liked the Asian cuisine. For instance, he was charmed by Thailand where he could get different kinds of food on the streets any time of the day.

Discovering the Czech Republic has proven a difficult  task during Sven’s stay here but Domeq was definitely helpful in that. He’s not living there anymore but he speaks fondly of it: “For me, it was really easy coming to a new culture because I had a place like this. Having there reception, where you can get helpful advice was very important as well as having the kitchen downstairs, where you can borrow anything. And last but not least – Every day you can get a new face.” He was also cooking for our first Domeq event after the coronavirus lockdown – the Get your Rouska Off party. 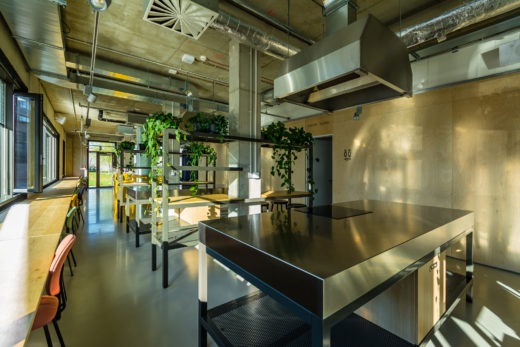 Kitchen in Domeq, a place frequented by Sven and other Domeq residents

When you talk about the future with Sven, for him it is to make people happy with food cooked by him. His cuisine could be summarised with the words “Never the same as always.” He’s started to make special dishes for each person he’s served them as a life cook and that’s his biggest signature. “I like to experiment, find new flavours and ingredients. I put a lot of emphasis on fresh ingredients and my cuisine is largely plant-based. I try to eat only the freshest groceries, and that’s also why I only eat fish in countries by the sea. As I say, ‘This is the only way how I know that it is fresh.’”

Domeq is a very active place with a lot of events happening every month. Sven is a frequent guest as well as a cook. Visit our Facebook page to see the upcoming events.