Prague city, among other fascinating things, is known for its beauty and unique architecture, very typical of Gothic, Renaissance, and Baroque styles. Its homes possess details that differ from other countries. In this article, I’ll try to compare buildings in Prague to those of Aveiro (UPDATE, October 16: Link was removed – server not found), a coastal city in the center of Portugal, where I come from. For this purpose, I will be focusing on historical buildings.

Starting with the outside look, the buildings in Prague are typically five or six storeys high and extremely adorned with many different detailed characteristics from the Gothic, Renaissance, Baroque, or Classicism architecture styles. Another curious aspect for someone like me is that each building is painted a different color. This makes it easy to identify each apartment.

In Aveiro, if you go to Costa Nova, the coastal zone, you will find here typical small wooden houses with colored stripes on their facades. These houses were constructed by fishermen and attract tourists from all over the world. On the other hand, going to the city center, the buildings are higher, and their facades are covered with tiles and details typical for the Art Nouveau style.

At the entrance of a Czech house, it is usual to have a space/hallway built where to take off your shoes and a closet to place them before entering the main house. In contrast, most Portuguese people don’t have this routine. Generally, we don’t mind keeping shoes on a few moments at home and after, store them in some compartment in the covered terrace or another place made for that purpose.

During a severe winter in Prague, it’s not uncommon to record negative temperatures. For this reason, houses here are equipped with thermal insulation and good heating systems to make them a pleasant place. In Aveiro, although it’s not the hottest place on Earth, the average year temperature is around 14.9 ºC. So, it’s not uncommon for the oldest houses not to have any heating system, and for this reason, sometimes you can see people using little portable heaters or traditional fireplaces made of bricks.

In contrast to houses and apartments in  Prague, in Aveiro people usually don’t have a separate bathroom and toilet room like you can see in many Czech apartments. However, you can observe this, especially if it’s a big house. In general, a “traditional Portuguese bathroom” comprises of a toilet, shower corner or bathtub, sink and one thing that I never saw in any Prague bathroom – a bidet. Another curious difference that I verified in Czech bathrooms was the light switch, which frequently is located inside the bathroom, while in Portugal it‘s usually situated outside.

From all the  bedrooms that I visited in Prague when I am looked for a new place to live, most of them didn’t have any roller blinds, Or if they had, they were inside the room and allowed for a lot of light to go through, which makes one wake up at dawn.

In contrast, as we Portuguese like to wake up a bit later on the weekend. Inside we will most often have blackout curtains and an outside roller blind to guarantee that no light beam gets interrupts our sleep.

These are just a few general differences and curiosities among the Portuguese (Aveiro) and Czech historical houses that I noticed during my short stay in Prague. It’s based on my personal experience, so some of you might have another point of view.

Can you also spot some differences between the houses in your hometown and those in Prague? Let us know, and if you are searching for an apartment in the Czech Republic, don’t hesitate to contact us. 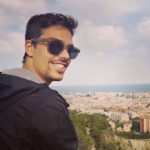 Hello readers, welcome! I'm João. I'm from Portugal, and I'm an Erasmus intern in Prague. It's my first experience abroad, so here I will try to share some of my experiences. I hope you enjoy my articles. See you!