To enjoy Prague as much as you can, once in a while you need to take some of your time and get off the beaten path!

After seeing the castle, crossing the Charles Bridge, walking around the Old Town Square for hours and hours and testing almost every kind of beers, you may want to experience Prague in a different way! Here is our top 10 must-see places:

You may pass in front of this street without noticing! But when you do so, you find out it attracts a lot of people, kids and adults! Actually it’s the narrowest street of Prague with only 50 cm wide. Located between 2 houses in Malá Strana, it is impossible for more than 2 people to get pass each other. That’s why, there is a traffic light! So before or after crossing the Charles Bridge, take a few steps walk to this street which is nearby! The street leads to a restaurant with an incredible view!

By the way, one says that once, a German tourist got stuck and would have been coated with soap to be dislodged! 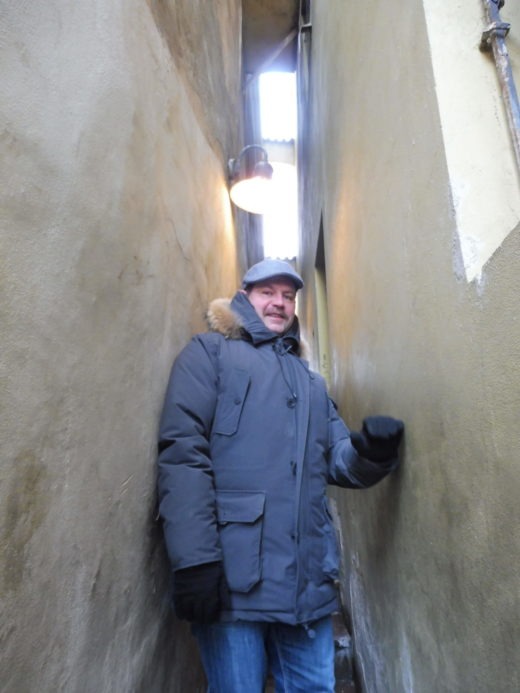 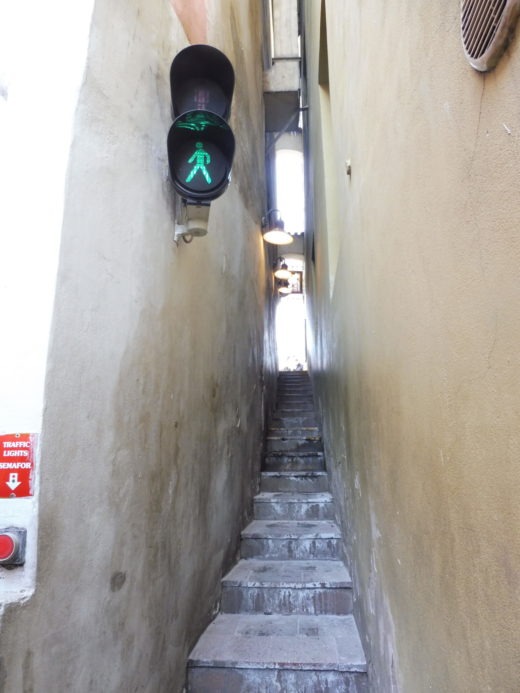 How to get there: you can get off at Malostranská stop and go to no. 24 of the street “U Lužického semináře” where there is a restaurant called Čertovka.

Situated just in front of the French Embassy and once more few steps from the Charles Bridge, the John Lennon wall was a symbol of freedom and rebellion against the communist regime of Gustáv Husák in the 80’s. Young Czechs would write grievances on the wall and John Lennon-inspired graffiti. Actually, John Lennon had never been to Prague but he was a pacifist hero for Czechs students. After December 8th, 1980 – the day of his assassination – appears a first drawing on this wall and it became a political focus for Prague youth. 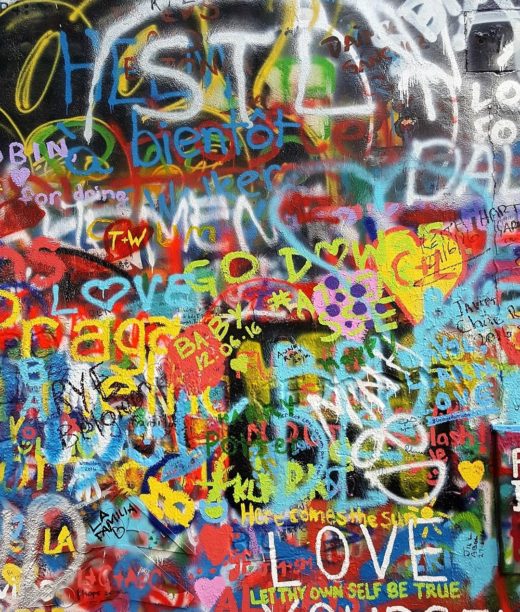 How to get there: The wall is situated in Velkopřevorské náměstí very close to Kampa Island. You can walk over Charles Bridge and take the stairs down.

Still in Malá Strana, don’t miss the Peeing Statue by famous and often provocative Czech artist David Černý! Controversial and amusing, the two masculine figures of bronze are peeing while moving. If you look carefully, you will notice the basin below made in the shape of the Czech Republic. 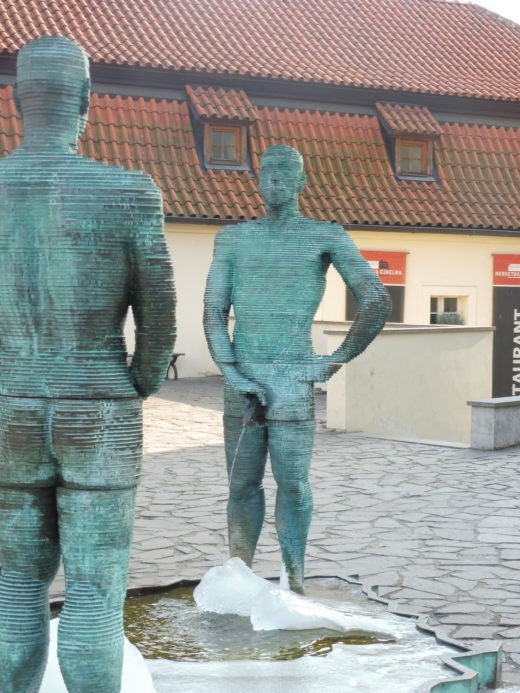 How to get there: The statue stands at Cihelná 2b in front of the entrance of the Kafka Museum. The closest metro stop is Malostranská.

No matter if you love books or not, you should visit the Municipal library! It’s fascinating and you’ll love it! Just in front of the inner entrance, there is a tunnel made of books. Have a look inside and discover a never ending hole! Deep and high at once, there are mirrors on each side which make it magic! 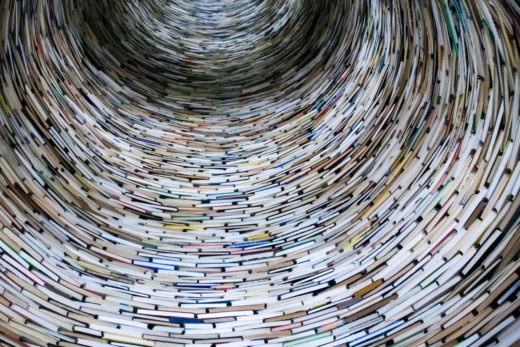 How to get there: Get off at Staroměstská – Mariánské náměstí 1/98, Prague 1

Still a David Černý’s masterpiece, the Statue of Kafka is an 11-metre-tall sculpture picturing the face of the famous Czech writer Franz Kafka who was born in Prague. The enormous mirrored bust is comprised of 42 independently driven layers of stainless steel! Just a little reminder: Franz Kafka is a Prague-born and based German-language writer of Jewish origin and one of the most influential and appreciated writers of the 20th century. 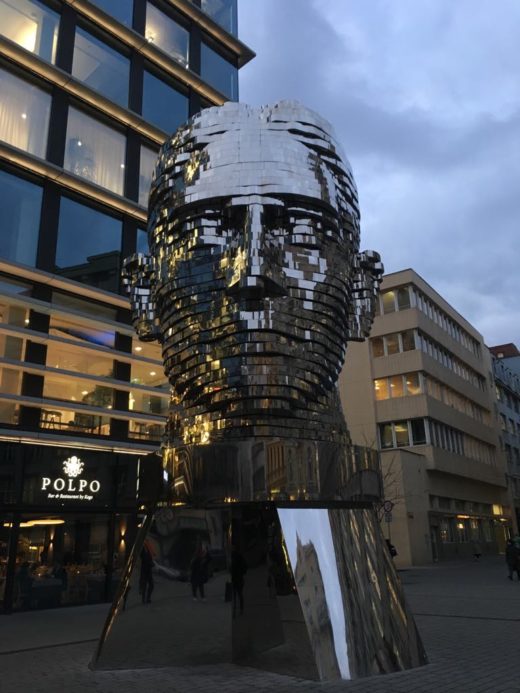 How to get there: It stands just by the Quadrio business centre, directly behind the Národní třída station.

Even though it is an English creation, it has its place in our hearts. This old-timer elevator that consists of a chain of open compartments that move slowly up and down in an infinite loop (which reminds you of a Rosary, hence the title “pater noster”, “Our Father”). It just goes and goes, so if you have 10 minutes to spare, just hop on and off whenever you want! 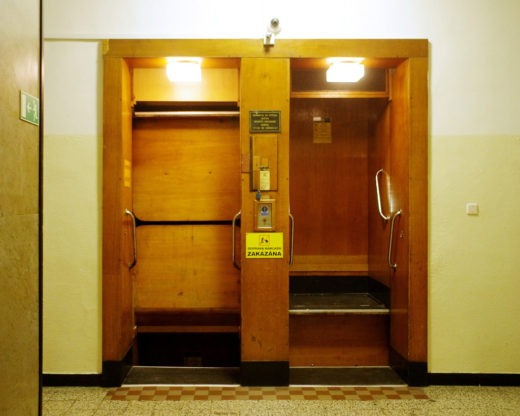 How to get there: You can find one at Palác YMCA at Náměstí Republiky (Na Poříčí 12, Prague 1)

Situated not far from Wenceslas Square, the main post office is open almost 24/7. The outstanding architecture comes from the 19th century and you should go there if you have a postcard to send or even just to see! What’s more, they provide copy and fax services so it can be a life-saver. It’s worth a visit! 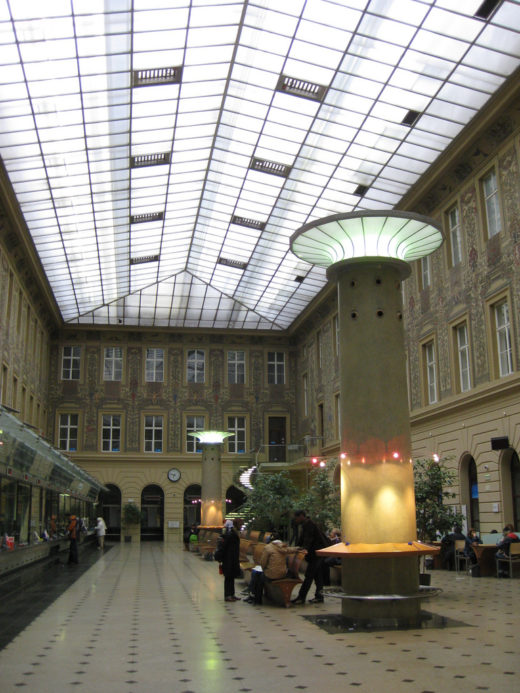 How to get there: It is located in Jindřišská, close to Wenceslas Square.

Less visited and considered as the second castle of Prague, Vyšehrad is quite romantic and is worth a visit as well. Ideal spot for picnic or for a touch of poetry, we suggest you to visit the cemetery which is a kind of pantheon. More than 600 Czechs figures are laid to rest there: the composers Bedřich Smetana and Antonín Dvořák or the writer Karel Čapek who introduced the word “robot” to the world and many others. 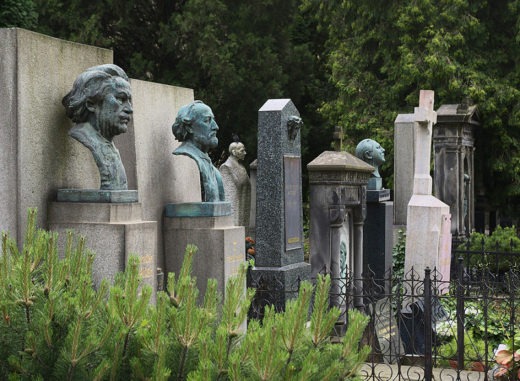 Right behind Foreigners office, two figures holding umbrellas are floating away. The sculpture done by the Czech artist Michal Trpák is named Slight uncertainty – slight because of the lightness of flying while uncertain stands for the uncertainty in the landing and length of the flight. 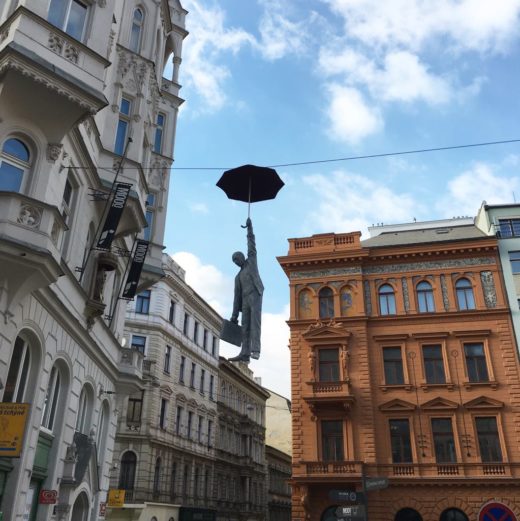 How to get there: Few steps from Karlovo náměstí – Mosaic House

Still few steps from our office, last but not least, the Dancing House is an unmissable place in Prague. It’s a highly original and modern building built in 1996 inspired by two dancers: the famous duo of Fred Astaire and Ginger Rogers. Inside you can find a gallery and a hotel, while on the top of the building there’s a restaurant to enjoy the 360° view of the Vltava and the castle! 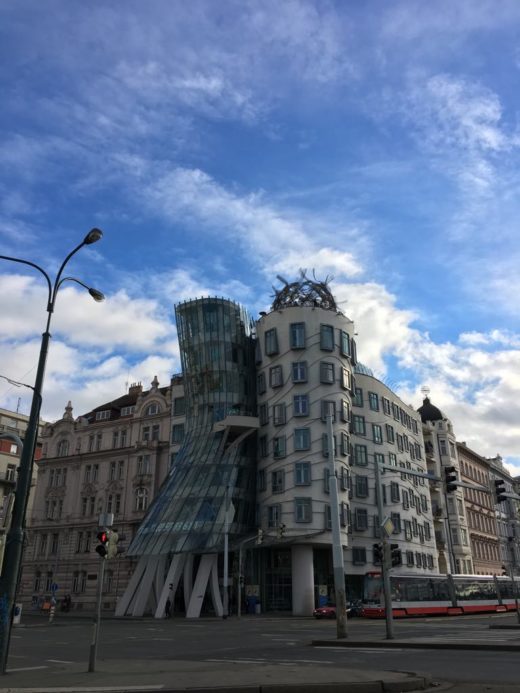 How to get there: It is situated at the corner of Rašínovo nábřeží 80 and Jiráskovo náměstí 6.

If you round here, don’t forget to come and say hello at our office (Karlovo náměstí 288/17) because whatever you need concerning immigration or house search, we’ll take the burden off your shoulders!

One thought on “Top 10 Must-See Places in Prague”