I am sure many people will agree with me if I say that one of the best ways to spend the autumn evening is to lay under a warm blanket with a cup of tea or cocoa and read a great book. During the last quarantine in spring, we recommended quite a several movies for you to watch. In case you like to read and have some spare time during the pandemic, I would also like to recommend to you some excellent Czech authors that you should try!

When you move to a new place you probably like to make yourself familiar with the culture of that country, history, and many other aspects to better understand local people. Books are one of the ways to understand another culture. So, if you want to get to know a Czech culture a bit better, look at my tips. I chose books of different genres and for different tastes, from easy reading comedy to deep philosophical works. And of course, they all have been translated into English. 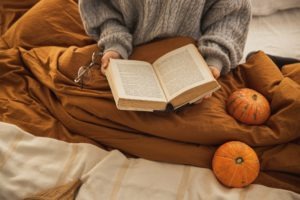 Isn’t it a great idea to spend the autumn evening with a great book?

1. I will begin with my favorite author Milan Kundera. He’s been living in France since 1975, but originally, he is from Czechoslovakia. Now he is 91 years old and I think he is one of the most famous Czech authors in the world nowadays. He was born in Brno and then graduated from Charles University. Before he left Czechoslovakia, Kundera finished the novel Life Is Not Here, which narrates in a grotesque-surrealistic form about the crisis of personality and creative degradation of the poet under the conditions of the formation of socialist Czechoslovakia. The protagonist of the novel, the young poet Jaromil, evolves from surrealism in the spirit of A. Breton to socialist realism. The novel was published in 1973 in Paris. Without any doubt, his books are full of fascinating stories that are read in one breath. I like the most The Unbearable Lightness of Being – it is a very sensitive novel about love and life, which is often studied in schools around the world. I think Kundera wanted to say in this work that every life carries a mysterious chance and every action cannot completely predetermine our future. I recommend you also to watch the movie The Unbearable Lightness of Being, an adaptation of this novel directed by Philip Kaufman.

2. If you like science fiction, then play R. U. R.  or “Rossum’s Universal Robots” written by Karel Čapek, would be a good choice for you. R. U. R. was an influential work in the 20th century, especially in Europe. An interesting fact is that the word “robot” was created by Karel Čapek’s brother Josef and the very first time the word was used was in this play. Karel Čapek has written several works in sci-fi style. It should be noted that science fiction was not yet a genre of its own at the time. In his works, he often used science fiction as a prism to analyze various problems. For the last century, it was a very provocative and original play. Critic Luciano Floridi said that it is “Philosophically rich and controversial, R.U.R. was unanimously acknowledged as a masterpiece from its first appearance and has become a classic of technologically dystopian literature.” 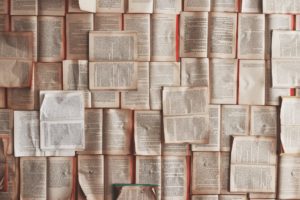 Books are one of the ways to understand another culture.

3. Comedy lovers may like Cutting It Short, the book is written by Bohumil Hrabal. Hrabal was born in the suburbs of Brno and attended the same school as Milan Kundera. Together with the novelist Josef Škvorecký, Hrabal was a member of an underground literary group ran by Jiří Kolář, they were definitely the central figures in Czechoslovak culture in the last century. Cutting it short is a story about the brewery and family that manage it. There is also a film based on this book directed by Jiří Menzel. The story is inspired by real memories of Bohumil Hrabal, which occurred during his life in Nymburk. The movie was filmed mainly in Počátky and Dalešice, in the local brewery. Hrabal himself lived in the brewery in Polná in the years 1915–1919  and then in Nymburk, where his stepfather was also the administrator of the brewery. Dancing Lessons for the Advanced in Age is another comedy novel written by Hrabal. Critics characterize it as a “humorous and breathless affair”. A very interesting fact is that the novel is written in one long sentence. The Times described this masterpiece « What Hrabal has created is an informal history of the indomitable Czech spirit. And perhaps…. the human spirit». 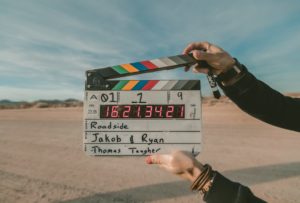 There are the film version of some books

4. Of course, this list can’t exist without worldwide known Franz Kafka. He was born to a Jewish family and was living in the Jewish ghetto of Prague (now the Czech Republic, at that time – part of the Austro-Hungarian Empire). Nowadays in the center of Prague, you can find a few monuments of Franz Kafka. On Národní Třída, behind the shopping center, you can find a moving sculpture of his head. There is also a monument on the street Dušní and a museum in Malá Strana. The main themes of his works were alienation, existential anxiety, guilt, and absurdity. The Metamorphosis, The Trial and The Sons are probably his most famous pieces, but, of course, many of his works are worth reading. His books are full of mysterious and enigmatic philosophy. «What needs a modern reader know of Franz Kafka’s The Metamorphosis (Die Verwandlung) – arguably the most famous, also greatest, a short story in the history of literary fiction? », The Guardian said.

5. Ladislav Fuks is another great Czech author of the 20th century. He associated himself with marginal and oppressed groups, lived in a constant sense of danger, and, at the same time, the unreality of existence, which he transferred into his grotesque absurdist prose. The Cremator is a horror novel. It is a very powerful, extraordinary work on the topic of morality as it tells a story of a man living in a totalitarian, patriarchal society, and his change from a normal person into a supporter of nazism.

6. The next suggestion will be Angel Station by Jáchym Topol. Jáchym Topol has been writing since he was 15-year-old teenager, he wrote lyrics for the rock band of his younger brother Filip called  Psí Vojáci.  In 1981, they were invited to a concert organized by Václav Havel. It was an illegal concert by the Plastic People of the Universe, the most popular underground music group in the Czech Republic. After the concert, a critical essay was written saying: “If they have such a head start at 17, what will they achieve at 30?!”. Topol is one of the most translated Czech authors of his generation. Angel station is the last, but one of the best and fascinating works of his work. The name Angel Station comes from the name of the metro station Andel in the Prague district Smíchov. 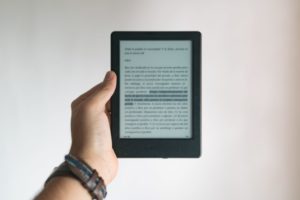 If you can’t go to the book store, you can always have an e-version of the book

7. Jaroslav Seifert is a Nobel Prize-winning author and journalist, but most of all he is a great poet. Seifert didn’t even finish school but without any doubt was a very intellectual, incredibly talented, and interesting person. His works were suppressed as the result of his activities during the ill-fated Prague Spring of 1968. The Casting of Bells is one of his books translated to English, and it’s indeed worth reading. The Nobel Committee was saying about Jaroslav Seifert: “Endowed with freshness, sensuality, and rich in inventiveness, his work provides a liberating image of the indomitable spirit and versatility of man.”

Of course, now due to the coronavirus lockdown you can’t go to the bookstore and simply buy these books. But you can always order them online on amazon, snapdeal, or on booktook.cz , or get an online version on kosmas.cz.

I also recommend you subscribe to our daily newsletter, where you can receive updates on the situation in the Czech Republic and other news in your inbox every morning on a working day.

"As I am also an expat in the Czech Republic so I know and understand well how hard it is to adapt to a new environment. Therefore, I am here for you to share my experience, and I do my best to help you.