Do you miss your evenings at the theater? Luckily, this is gonna change! Janáček Theater has decided to make the premiere of their latest production of Verdi’s Famous Opera Nabucco available online. And since our collaboration with the National Theatre Brno, we are inviting you to this performance which will be available for viewing for 28 hours – between 19 May at 7:00 p.m. to 20 May at 11:00 p.m. The opera is a new adaptation starring the amazing world-renowned soloists Dalibor Jenis, Csilla Boross, and Enrico Casari.

Due to the current health crisis, theaters, like many cultural events, are encountering difficulties operating. Attending the online performance is a nice way to keep the cultural heritage alive while respecting the current restrictions. The staging will be in the original Italian with Czech and English subtitles. You can support Janáček Theater by buying tickets priced at either 100, 200, or 500 CZK depending on your options. The most generous donations will receive a signed photograph of Dalibor Jenis or Csilla Boross in thanks!

Back in the early 19th century, at the time of the Czech national revival, an original Czech opera was just what the Czechs needed in their effort to catch up with their illustrious neighbors. On 2 February 1826, Prague’s Theater was sold out, with the audience eagerly awaiting the first tones of an original Czech opera. Until then, the Czech language had not been considered refined enough for such a noble art form, but that day would mark the beginning of a Czech opera tradition that would culminate in the works of Dvorak, Smetana, and Janacek.

Since 1985, Verdi’s Nabucco has consistently been one of the most popular pieces in the Brno Opera’s repertoire. The work soon became a symbol of the struggle for freedom of the nation and of worship after its premiere in 1842. Nabucco contains another, much more intimate story about love and family relationships. Both were transformed by the Italian master into captivating music, and even though it is the choir that gets to sing the most famous part “Va, pensiero, sull’ali dorate” (Fly, thought, on golden wings…), the actors in the main roles also get their fair share. The born playwright Verdi wrote virtuoso parts for them, full of passion and temperament.

The main protagonists will be played by the best of the best in the new production directed by Jiří Heřman with music direction by Ondrej Olos. And Soprano Csilla Boross is returning to the Brno stage as well as tenor Enrico Casari. Slovak baritone Dalibor Jenis, star of the world’s leading opera houses, will be playing the title role on the Janáček Theatre stage for the first time. 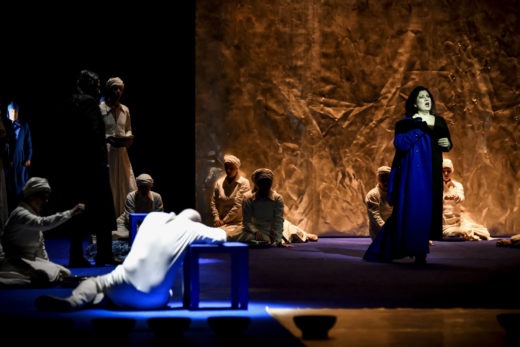 Find more information on the performance and access to the online ticket on ndb-nabucco.cz.

Would you like to keep up with the culture of Brno? 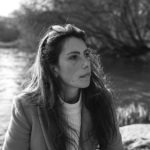