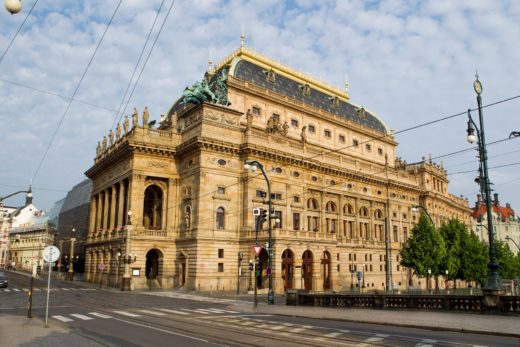 The majestic building is one bridge away from Charles Bridge and New Town. It is situated on the Old Town side of the Vltava River. The most talented and famous actors and musicians participate in the performances played there, and the most influential people of the country can be seen at the premieres. 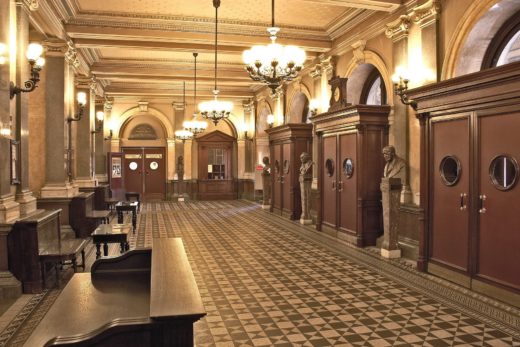 Interior of the National Theatre

When you walk into the main entrance take a moment to savour the history of the National Theater. The construction of this architectural jewel started in 1868, and the theatre was opened in 1881 for its first performance in honour of Crown Prince Rudolf. Unfortunately, just days before the official opening, the theatre burned down and the majority of the building was destroyed. It was a national tragedy for the Czechs. The nation didn’t stand aside: this tragedy sparked a wave of funds streaming from people of various income groups to contribute to the reconstruction. Within a few weeks, the theatre received all the resources and it was rebuilt again. The National Theater reopened after two years.

It served its purpose faithfully for almost a century. In 1977 the building was closed for renovation and opened its gates on the day of its 100th anniversary with a performance of Libuše by the famous Czech composer Bedřich Smetana as a symbol of national unity and devotion. The famous slogan “A nation unto itself” which you can see above the arch, underlines the importance of the National Theater for Czech. This slogan is also present in the organ in the theatre. 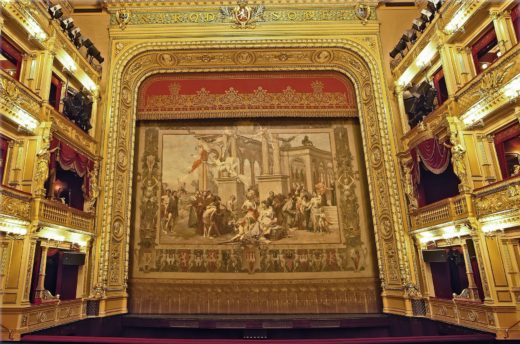 View of the main stage of the National Theatre in Prague 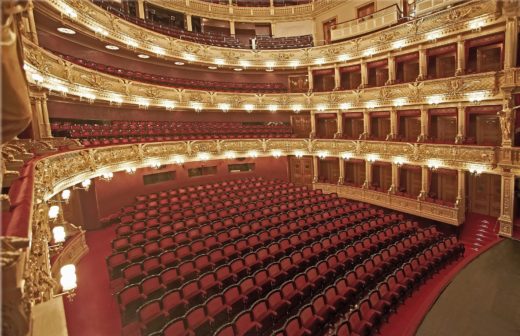 View of the main stage of the National Theatre in Prague

The architectural design of the National Theater is majestic. The facade is decorated with statues of Apollo, Nine Muses, and the bronze statues of the winged Victory in horse-drawn chariots. The side entrance is decorated with allegories of Drama and Opera which was created by Josef Václav Myslbek. He is the author of the equestrian monument of St Wenceslas on Wenceslas Square.

Today you can enjoy an excellent repertoire of ballet, opera, and drama in the National Theater.

How can you get there?

There are many ways to get to the theatre. One of these is taking underground to Národní třída station (Line B).

Another way to get there is by tram numbers 2, 9, 17,18, or 22. Don’t miss your stop Narodni Divadlo! The theatre is located close to Wenceslas Square, which is around  7 – 10 minutes of walking distance and 10 minutes from Old Town Square.

Prague view of the Legli bridge

The upcoming events of the National Theater are always available on the official website where you can see the programmes and buy tickets.

If you are looking for accommodation or assistance with a Czech visa? Foreigners are here to help you, do not hesitate and contact us. We will be happy to help you!

Source of the photos: narodni-divadlo.cz/en