The Karlovy Vary International Film Festival is one of the most significant film events in Central Europe and it has a long and disruptive history. The first festival was organized in 1946 and was considerably influenced by the political situation in socialist Czechoslovakia. There were also years with a lack of interest from visitors, which lead to the discreditation of the festival in the eyes of public.

This situation changed in 1994 with a new organizational team, in the lead of which stood the well-known Czech actor Jiří Bartoška and the significant film columnist and critic Eva Zaoralová. Thanks to their work the festival won prestige again and became an anual film event of international importance. 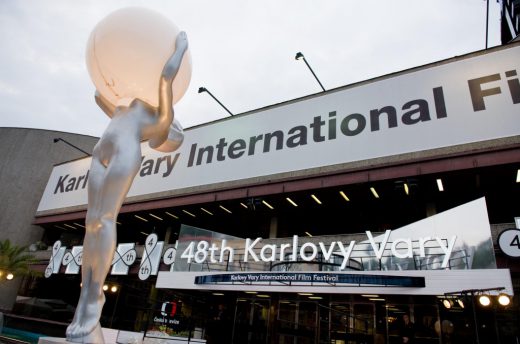 This year the 48th festival takes place, at which many well known directors and actors will present their movies. On the other hand the festival gives also a unique opportunity for lesser known filmmakers to show their talent and share their films with the public.

Many would say that the best thing about the festival is its atmosphere. It takes place in a well-known spa city with beautiful architecture and for one week every year it becomes a place of meet ups for film fans. The center of the city is awake 24 hours a day, crowded with backpackers, journalists and movie stars. The festival is appealing for all sorts of audiences because it has simply so much to share.

A unique element of this festival are the festival trailers seen before each screening. Since 2008 they feature foreign and Czech recipients of the Crystal Globe for Outstanding Artistic Contribution to World Cinema in a funny way. In one of these you can see Danny DeVito trying to shut up an annoying phone, which wakes him up in the morning with his award (watch the video here). 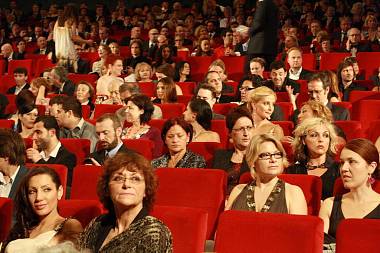 The Karlovy Vary Film Festival takes place this year from 28th June to 6th July and if you decide to go, you might just meet John Travolta there! So hurry up 🙂 To get there by bus or train, check out this site.

More information about the festival, in English, can be found here.