For most people, the first day of May celebrates the achievements of workers and it is called Labour day. However, in the Czech Republic, May 1st is also the day on which Czech people celebrate Love.  This tradition has been existing for centuries, long before the introduction of the well-known Valentine ’s day. 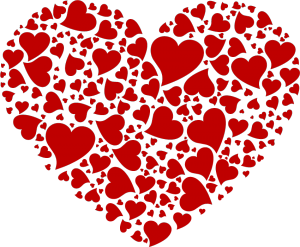 There are a few things lovers are supposed to do on May 1st. For example, they should kiss under a blossoming tree, but not any tree: a cherry tree or a birch! If a girl is not kissed, it is said that she will wither and die in twelve months! This is a bit scary, don’t you think?

Usually, in Prague, couples meet on the Petrin hill where they can kiss in front of the statue of the poet of love Karel Hynek Mácha, who wrote the famous poem “Máj”. This well-written composition is telling the tragic story of two lovers and it is considered as a masterpiece of the Czech Romantic period. It is said that kissing in front of Karel Hynek Mácha’s statue will make one’s love as strong as the stone!

There is also another tradition involving single men. Indeed, the night before May 1st, single men go to the woods to cut a tree. They remove the branch and decore the trunk with different things such as scarves, ribbons, and flowers. Then the maypole is erected in the village square and guard it during the night because men from the surrounding villages intend to steal it. If the maypole is not stolen, single men are allowed to go to single women’s houses and give them little presents. On the evening, they all celebrate May at the ball.