If you need to know one thing about me, that is, I have zero orientation skills. None. And that’s a fact. Maybe I even like it that way since every day is kind of a mystery. You never know where I might end up at. It might be a complete disaster or an awesome story to tell. For example, I’m living for a while now as an expat in the Czech city of Brno and I still keep getting lost all the time.

Or when I was in Germany and I decided to start walking with no plan in my mind, passed a nearby village, and finally ended up in a random muddy field with a whole bunch of stagnant water (a wannabe stinky small lake let’s say).

I guess I should have thought sooner that this was a bad idea since I did most of the walking on a highway while getting weird looks from the passing-by drivers. Yeah, guys, I am an ignorant small-town Greek girl that decided to walk on a freaking highway, so what? Why do you need to stare? Sometimes I don’t get people’s reactions. 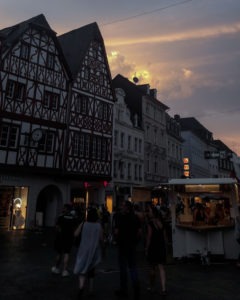 Anyway, let’s try to forget this incident. Instead, let’s just skip to another brilliant moment while on my stay in Germany, fast forward a couple of months after, when I thought it would be an awesome idea to visit the meeting point of Germany, Luxembourg, and France, aka Schengen.

Under no circumstances you let Maria show the way. I can easily get lost even by following Google maps’ instructions. I’m not even kidding. And that’s exactly what my friends (Antonia and Burak) did that day.

With a first look, the plan seemed easy. We just had to take the train from Trier till Schengen. Our only job was to get off the train at the right stop. Right?

Apparently not. Finding the right train turned out to be a difficult job. Somehow we managed to get on a French one, instead of the one we were supposed to catch, which resulted in us having no idea where we were heading since the stop-announcements were only made in French. 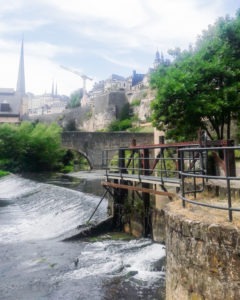 Even though we understood we were on the wrong train for some reason we decided to just roll with it and see where it will get us. Not such a smart idea got to admit. So we started talking about random things and stopped paying attention to the stops.

Eventually, reality hit us when we understood that we crossed the French borders. So we decided to jump off the train at the next stop, in a random French village that nobody knew it even existed. At that point, you could sense a mild anxiety vibe in the air, mixed with hysterical laughing for our stupid decisions.

We sat on a bench and started thinking about what we should do next. We were already too far away from Schengen and there was no point to go there anymore. So in a moment of clarity, we decided to visit Luxembourg instead.

We might not have been able to visit Schengen, the center point, but we managed to experience three countries (Germany, France’s countryside, and Luxembourg) in a day. A pretty great result, after all. 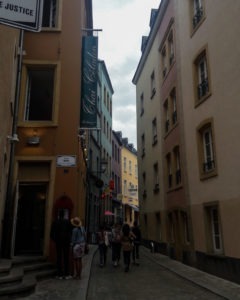 Strolling around in Luxembourg

So in conclusion, if you’re feeling extra adventurous just let me know. I’ll plan a day trip like no other and the best part is that I’ll be as much surprised as you will by the outcome. Who knows maybe next time we’ll end up in Asia.

If you want to check more of my adventures click below: