As promised, I am here once again to help you through this difficult time of the Czech Republic being in the state of the emergency we’re dealing with. This Series Part 2 will make your quarantine time a piece of cake. I am sure about it!

Cause I’m a Badass

I think, deep inside, each and every one of us is hiding a badass that’s desperate to come out. These characters with their uncompromising power will give you the strength to deal with your own difficult journey of self-isolation.

Well thought out characters with deep personalities in a world full of violence, drugs, gangsters and strong family bonds.

A complex plan making the best heist ever, possible.

How easily can a certain person cross his/her boundaries when they reach a dead end? Breaking bad could happen in a split second. 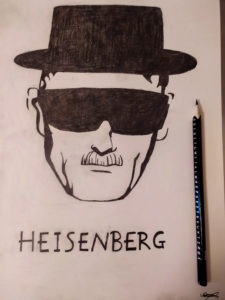 A transfer of this all-time-classic series into the 21st century with a one-of-a-kind Sherlock as the leadman.

No Pain No Gain

And now let’s change the subject into something more serious. These two shows are dealing with mental health issues and through outstanding performances and story-telling manage to really change your perception.

13 Reasons Why. Follows teenager Clay Jensen, in his quest to uncover the story behind his classmate and crush, Hannah, and her decision to end her life.

A show showing realistically how harsh teenagers can be to one another and what horrible effects bullying can have on a person’s mental health.

Sharp Objects. A reporter confronts the psychological demons from her past when she returns to her hometown to cover a violent murder.

A mastermind like Gillian Flynn, of course, had to outstand us once again. One hell of a story with mind-blowing plot-twists and amazing performances from the lead actresses. A combination meant to succeed.

That’s all I got for you now. I’d love to hear about your recommendations in the comments below.

@daikoumaria, for the sketch drawing