As we already informed you in this write-up, the official withdrawal of the UK from EU will happen on Friday, 29 March 2019. What does that mean for the holders of the driving licence issued in the UK? Will the document still be valid when living abroad? Check the following article!

The UK wants to ratify the international treaty called “1968 Vienna Convention on Road Traffic” while exiting the EU. Imagine you would like to go for a trip to the Czech Republic. What does it mean for you as a driver holding the UK driving licence? After the UK departs from EU the UK drivers will hold a valid International Driving Permit (IDP) document. IDP is an additional document to the UK driving licence which allows you to drive in a country that belongs to the 1968 Convention (the Czech Republic does).

When you are a resident of an EU country holding the UK driving licence then the other option applies, though. If the UK Government ratifies the 1968 Convention then you might need to exchange your driving licence issued in the UK for the Czech one in the transport department of the respective municipality. But this is not sure yet as the UK Government needs to confirm the ratification of the 1968 Convention and no one can say when this will happen.

Stay tuned for the upcoming news on and follow us on our blog and Facebook! Here you can find more information about Brexit. Check the following link if you are considering to apply for temporary residence permit in the Czech Republic. Such a permit is useful when it comes to applying for a driving licence. 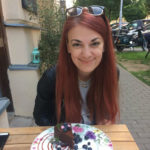 Hi everyone! I am Veronika, a passionate traveler, music lover and guide for my foreign friends in Brno. I like working in an international environment and helping expats to get to know our country. Cultural and social interconnection makes sense to me. Then it is possible to understand each other better, I believe :).

2 thoughts on “Driving Licence Issued in the UK. Will They be Valid after Brexit?”