If you have been in Brno for at least a couple days, you must have heard about Cejl. This area is located just a stone thrown away from the historic city, among the Svitava river. It used to be the heart of textile factories and home to their employees who took their part in an important change of Brno into an industrial city. Nowadays, Cejl is one of the crucial streets in Brno, where the town hall offers cheaper flats for people. The area’s history is still following it mercilessly, though. Is it a district suitable for living for its location and better rental prices?

The kitchen of one of our apartments on the street Vlhká

If you aren’t from Brno or its immediate surroundings, you usually only hear bits and pieces of information about Cejl which are not very flattering. Take me as an example. I am not a native Brno resident. But even I have heard about Cejl way before I’ve yet set foot in Brno. “Oh, Cejl? Dear, you don’t want to go there after sundown. Even during the day, it’s pretty dangerous,” my mother used to say. So I must admit that  I had a certain level of prejudice on this matter. But then I have done some research and found out that this famous part of Brno is changing and flourishing in the past couple of years.

So, what kind of place is the Cejl area, really? Why should you consider moving there? The entire district is much more than just the Cejl street. Maybe you walk there every day and you’ve had no idea! Did you know that the district starts right behind the Mahen theatre? 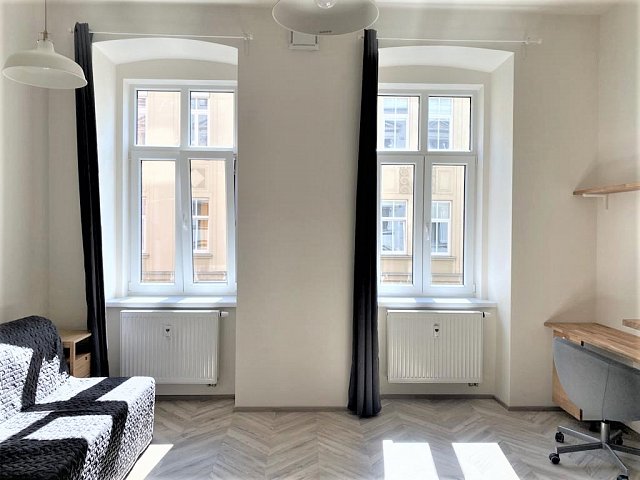 Cejl may have a bad reputation from the past but according to the plans of the city, it has a bright future. For instance, there is an old penitentiary. The city has decided to keep only the most significant historical parts of the building and they are planning to take some parts of it down. In its place, there will be new offices. Besides that, they are planning to reconstruct a couple of apartment buildings and build a retirement home instead. And that’s just the beginning. Many streets are already reconstructed in this area – for example, Francouzská or Bratislavská street. In the future, the plans are even bigger: the entire neighbourhood including Koliště, Cejl, Radlas and Špitálka will be reconstructed and it should become the new avenue of Brno.

More importantly, why is Cejl and its surroundings attractive now? If you don’t particularly enjoy the city centre (but you still need quick access to it) or you have a limited budget, Cejl may be the right place for you. During recent years, this district has sparked the interest of many developers and renovation companies. Mostly because of its proximity to the city centre it has great potential. The district offers a great deal of newly reconstructed apartments for budget-friendly living. It is a great advantage given the fact that you can get to the city centre within 10 minutes by public transport. Despite the fact that Cejl is located in the outer circle of the city centre, everything is still within your reach – supermarkets, restaurants, coffee shops, etc.

Would you like to move to an apartment in Cejl? Check out our offers!