Thanks to its booming economy, rich cultural heritage, and picturesque landscapes, the Czech Republic has become a top European destination for American tourists and expats. The country receives over 20 million visitors yearly, and the capital, Prague, ranks among the most visited European cities.

Life in the Czech Republic is familiar yet different. It guarantees universal healthcare to all residents and has a tuition-free university system. The high living standards and levels of social protection put it ahead of countries such as France, the United Kingdom, and even the United States. 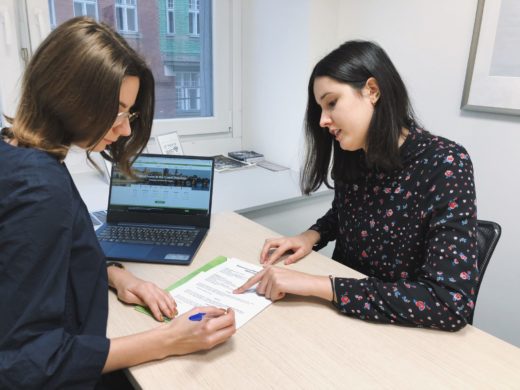 If you live and work in the Czech Republic, you have to pay the Czech income tax.

It also has a storied history: it became part of the Holy Roman Empire and the Austro-Hungarian Empire, endured communist rule, and was split into two countries, before becoming the liberal democratic state it is today. Century-old palaces and castles sit next to minimalist and modernist structures.

And the community of American expats in the Czech republic keeps on growing. Some have started businesses to ride the country’s growing economy, while others are drawn by its numerous beauty and history. Regardless of their reasons, one thing remains constant: paying taxes.

Here are a few things every American expat in the Czech Republic needs to know about taxes, including what expat taxes to pay, what forms to file, and how to receive their stimulus payments.

Do I still need to file a U.S. federal tax return?

Yes. According to the U.S. tax code, all United States citizens and permanent residents have to file a federal tax return every year, even if they live and work overseas. If you have moved to the Czech Republic, it’s important to understand both the Czech and American tax systems.

American citizens and permanent residents are taxed on their worldwide income. That means even if you live and work in the Czech Republic and are paid in Euros or Česká koruna (CZK), you’re still on the hook for federal income taxes.

You can take advantage of tax deductions and exclusions to reduce your tax liability. If you’re not sure about your tax situation, talk to an expert tax professional.

What about my U.S. state taxes?

If you’re not careful, you might run into a few issues regarding your state tax obligations. It’s important to remember that each state has its own set of tax rules, and the requirements depend on your state residency status.

Some states don’t collect an income tax, while others require residents to file a yearly state income tax return, even if they are out-of-state or living abroad. If you plan to live or work in the Czech Republic for an extended period, you might want to establish residency in a state with no income tax to keep things simple.

What forms do I need to file?

Normally, the tax deadline is on April 15. However, American citizens and permanent residents abroad are automatically granted a filing extension until June 15.

If you need more time to finalize your return, you can request a second extension until October 15. To secure an additional extension, file a Form 4868, Application for Automatic Extension of Time To File U.S. Individual Income Tax Return, before June 15.

Use Form 8938, Statement of Specified Foreign Financial Assets, to declare foreign financial assets (e.g. rental properties, financial instruments, government bonds) worth $200,000 and above. You don’t need to report your primary residence owned in your name.

If you own foreign financial instruments such as mutual funds, brokerage accounts, and bank accounts with a combined worth of $10,000 and above, you need to file an FBAR, Report of Foreign Bank and Financial Accounts.

Do I need to pay tax in the Czech Republic?

Yes. If you live and work in the Czech Republic, you are on the hook for Czech income tax. If you work for a Czech company or the Czech branch of a foreign company, your taxes are withheld monthly from your income.

You need to file a Czech tax return if:

You may also need to pay into the Czech pension insurance and public health insurance systems. Talk to a tax expert to clarify your Czech tax situation and tax obligations.

How do I reduce my tax liability?

American expats in the Czech Republic will want to understand how the Foreign Earned Income Exclusion (FEIE) works.

For 2021, you can exclude up to $108,700 of earned income. You don’t have to pay tax if your income falls under that threshold. However, you still need to file a federal tax return and declare your income even if you have eliminated your tax liability.

U.S. citizens and permanent residents who are based overseas and meet the physical presence test are eligible to claim this benefit. That means you need to physically live in the Czech Republic for at least 330 days in a 365-day period if you want to take advantage of the FEIE.

It’s important to note that the FEIE only applies to your earned income, or income derived from a job or self-employment. It doesn’t apply to capital gains, interest, dividends, pensions, alimony, and annuities.

You can also take a foreign tax credit if you’ve paid taxes on the same income to the Czech government. This essentially prevents double taxation.

If you have dependents under the age of 12, you can claim a child tax credit, officially known as the Child and Dependent Care Credit, to reduce your tax liability. Your child dependents must have a U.S. Social Security Number (SSN) to qualify for the tax credit.

Do I qualify for stimulus checks?

Yes. American expats qualify for stimulus checks, officially known as Economic Impact Payments, even if they work and live abroad. Your stimulus checks are considered a tax credit and are not taxable.

If you want to receive your stimulus checks, you need to file your tax return as soon as possible.

How to file American expat taxes?

You can always prepare your tax return yourself. However, the Czech and American tax codes can be confusing, and you may incur penalties and fines if you make a mistake. To prevent any expensive mishaps, leave it all to the experts.

At TFX (Taxes for Expats), they have been preparing U.S. tax returns for American expats for over 25 years. With their team of specialists, you will never have to worry about mistakes on your tax return. They can also help you if you have not yet received your COVID-19 stimulus payments.

Not sure about taxes and financial rules in general while being employed in the Czech Republic? Read this summary dedicated to the financial news in 2021.