If you’ve already read my latest article then you’ll know that this series refers to a volunteering program in Croatia, which I participated in last October with my friend Maria.

Today’s narrative will focus on the preparations regarding the international night that every national team had to organize (Croatia, Italy, Spain, Greece). Soo, let’s begin. 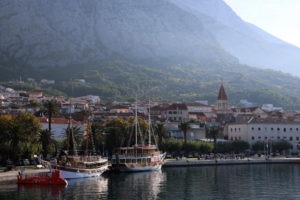 International night was ahead of us.

After a long debate and discussion, the plan was made. The boys (Petros and Stelios) would focus on the entertainment part, while we (Maria and I) would do the cooking.

The menu choice seemed easy and manageable. We decided, instead of making a chickpea soup to satisfy Petros’ appetite, to stick with the traditional Greek cuisine and prepare a Greek salad, tzatziki, and Greek donuts (we call them loukoumades). 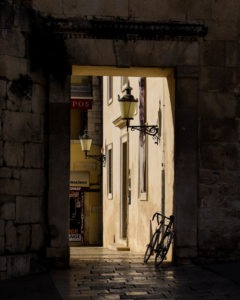 So we took our war positions, Maria on the left, I on the right of the pot with the hot oil and prepared ourselves for battle.

I would pour the dough into the oil with my hand to form small balls, and Maria would take them off when they were done, with a spoon.

Moments later Maria somehow managed to put her fingers into the oil, while taking a loukouma out of it. That’s when the kitchen from a cozy environment turned into a war zone.

Maria’s burned finger hurt a lot so she kept pouring cold water to soothe her pain, but instead of just pouring it to her finger she also kept pouring it in the pot. For half an hour we couldn’t even tell why the hell the oil kept splashing all over the place causing severe burnings to our hands and destroying the surroundings.

As a last attempt to save ourselves we decided to stop this nonsense. We could just eat the salad, after all. But that was not all. No, no, no. The exact moment we moved away from the pot, a flying loukouma landed on the floor in between us.

At that point, I was pretty certain that the oil got demonized and that we were lucky enough to still be alive!

That’s when it hit me! Maria was the actual problem from the start! Apparently, nobody told her that pouring water into frying oil is a bad idea.

After that moment of clarity, the choice was clear. REMOVE Maria from the burners AT ALL COST! A move rather smart got to admit. 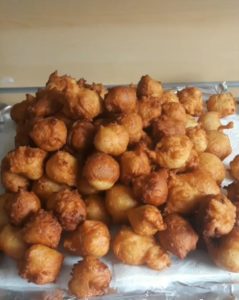 The rest of the preparations rolled relatively smooth, with Maria making one hell-good tzatziki, Petros preparing a let’s say, unique Greek quiz on Kahoot, focusing only on important personalities aaand Stelios mostly thinking of what food to steal next for his own apartment. All that accompanied with Greek trash music in the background. A recipe that guarantees success! 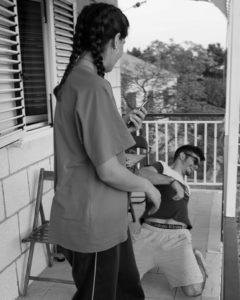 Maria and Petros dancing to Greek music on the balcony

Like the success the Greek night had. Everyone laughed a lot with the quiz, ate a lot and danced to the rhythms of Greek traditional music.

After that, we were all ready for our free days and yet another road trip-adventure to Split and Sibenik with long explorative walks, amazing scenery, fairytale-like nightlife and high-risk climbings on cathedrals (I still don’t understand how you pulled that off Petros).

That’s all for now, but stay tuned for the next part of this mini-series. If you haven’t read Part 1 yet, click here.

And if you want to stay updated on the coronavirus issue subscribe to our newsletter.