Have you heard about escape rooms or escape games?

No? Or just roughly guessing what it is all about? Check out how “Big Bang” gang crushed an escape room in record time:

You don´t need to worry about zombies jumping out of the cupboard and harassing you in every game. Escape rooms are built around hundreds of different stories, not always a mad scientist becoming a zombie. It’s only up to you if you prefer Bombing of Prague, investigating a murder in the room of Hotel Le Marais, or diving into the legend of Faust.

What is an escape room?

Imagine being locked in a room without a key. What you have instead is 60 minutes of time to get out before something bad happens. The way out depends on story of a room but there are always plenty of quest items, locks and tasks you need to solve to escape the room.

You rely on your wits, sharp eye, quick action, but foremost on your team of friends, who were foolish enough to join you for this unconventional experience.

Remember watching teams in Fort Boyard TV series? Moving from quest to quest while the clock is mercilessly counting down the time? Connecting cue after cue until resolution of the final quest?

Escape rooms are much easier, as they do not require such a physical effort. Other than that it is very similar – almost like a “Fort Boyard light” experience! Masterfully crafted stories, technically advanced equipment and complex quests. Escape rooms will drag you into unique stories. In a new reality. In something, you have not tried yet. 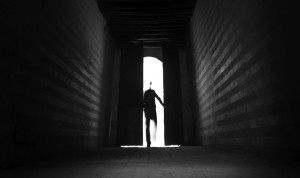 Some people are worried quests could be too difficult or not enjoyable for them. This is why better escape rooms are created by teams of psychologists and game masters to make sure quests flow well and everybody enjoys it. There are various quests ranging from finding something, or using something, through team cooperation and communication, to even creating something or doing a chemical experiment.

You don’t need to be a genius to solve couple of nice quests and fully enjoy your hour of escaping. Worst case scenario is you get stuck a bit and room master gives you a hint. It’s even fine to be completely pathetic – like we were when locked first time – as it is sometimes the best fun that way.

Suitable before a party

Escape game takes only 60 minutes so you can easily fit it into your daily schedule. Playing a game before evening party or dinner is a great idea, as you experience a lot of fun you can later discuss together. It also perfectly fits into sightseeing plan or as a break during your shopping spree.

We’ve seen people going for a nap into escape room – as you can read in Bombing of Prague blog post. Well, yeah, that’s already bit extreme.

Some teams make it within an hour. Some don’t. Winning is cool so we have some hints for you.

It is – literally a – key to communicating well together. Sometimes you hold a box with a strange hole in it while your friend in other corner is analyzing a “key” of a strange shape. You either silently move on and lose time. Or you speak up and realize the two things could be connected.

Tell each other who is doing what. What keys and locks you already solved and what quest items you found. When you get stuck, ask your friend to have a look. It happens often that two people look at the same thing and see something different.

“What is the best time?”. This question is often asked before entering the room. Some teams aspire to hit the record time. We would like to remind the competitive ones that the path itself can be a destination.

Are you ready to join us on the path full of great experiences in Prague escape rooms?

2 thoughts on “What are Escape Rooms?”