Prague is a famous travel destination for a few different reasons, but perhaps most of all because it’s just so unique in appearance. In some respects it is the definitive medieval/gothic city among Europe’s capitals, with beautiful baroque buildings, a fascinating Old Town, and all kinds of interesting monuments and statues. It’s these features that make Prague an interesting city for everyone, from traveling students to adults with an interest in history.

That said, you can really spend so much time venturing the city, enjoying its famous buildings and monuments. Granted, this can keep you occupied longer in Prague than in most places – but at some point you might want a little bit more activity. Fortunately, there are plenty of fun options in this regard, even if activity usually takes a back seat to the sights of the city.

Like many other rivers in capital cities, the Vlatva in Prague is famous for its visual allure and for offering numerous relaxing activities. There’s a huge variety of Prague river cruises that you can take, including a trip to the zoo, steamboat voyages to other cities, and a sightseeing tour through the historical center of the capital. In short, the river can be a lot of fun no matter what your specific priorities might be. But Zofin Island can make for a particularly pleasant retreat. There are opportunities for boating, a few different kinds of restaurants, and lovely views back to the main city (without the hustle and bustle of the actual city around you).

I mentioned the zoo while discussing river cruises, and it seems reasonable to give it its own category as long as we’re talking about activities in the city! Needless to say, a zoo is often an enjoyable option for a nice day out, and the Prague Zoo is no exception. While not quite as famous as some other major zoos in Europe, it has most of what you’d want to see – including everything from exotic parrots to elephants (as well as the only lions in the Czech Republic). Sure, going to the zoo always feels a little bit touristy. But there’s always something vaguely thrilling about mingling with rare animals in the middle of a great city.

This is a venue rather than a specific activity, but it’s worth keeping on your list. And in fact, the O2 Arena just got a fairly significant publicity boost worldwide when it hosted the inaugural Laver Cup for men’s tennis, which incidentally was launched by the sport’s biggest star. Heading into 2017, Roger Federer was largely counted out due to a knee injury; a preview of the Australian Open said it would be a fairy tale if he won the title, and yet that’s just what he did, ultimately winning Wimbledon as well. Federer impossibly catapulted his stardom to new heights, and, along with some other big names in the sport, made the Laver Cup happen in the midst of it all. It was a wonderful sporting competition and one that should only enhance the draw of this arena moving forward. As it happens, the arena is a wonderful place for activity throughout the year. It hosts concerts, performances, and sporting events of all kinds. Coming up, it will even showcase Harry Potter And The Chamber Of Secrets while a live orchestra plays the music!

This may be the most unique Prague attraction we can come up with. While in ways it resembles some fun house and carnival activities, it has the advantage of existing inside a virtual castle. Technically it’s actually a “Lookout Tower,” built for the 1891 Prague Exposition and towering above the city on Petrin Hill. Basically, it’s exactly what it calls itself – a maze of mirrors that can trick the senses and keep you entertained for quite some time, first finding your way and then playing around with various distortions. It may feel vaguely childish, but the setting lends it some sophistication, and most anyone can get carried away with the fun house entertainment.

Much like the zoo, the Sea World in Prague is basically guaranteed amusement, and a nice getaway from the city if you’re looking for a retreat. The name is a little bit misleading, as this isn’t quite the sprawling park the likes of which America’s “Sea Worlds” contain. But it is effectively a large aquarium, and one with plenty of interesting marine life to enjoy. 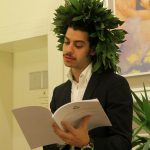 Volunteer for the Italian Red Cross, I enjoy good company, off-road motorcycles and pasta 'al dente'. My philosophy upon personal growth and future perspectives can be summarised quoting the words of the famous Turkish poet Nazim Hikmet: “The most beautiful of [our] seas, is the one we haven't sailed yet […]”.