The recent diplomatic rift between Russia and the Czech Republic in connection with the Vrbětice case also affected the consular services for Russian citizens applying for residence permits in the Czech Republic. Additionally, the pandemic situation in India has become so much worse that the capital city, Delhi, was forced to announce a ban of movement. Therefore, accepting applications got more complicated in this country as well. What does it mean for Russian and Indian applicants? Let’s sum up all the information we know at this point. (Updated on 28 April – Moscow now accepting applications again, however there might be delays.) 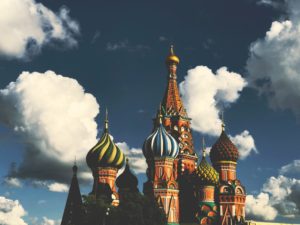 The expulsions at the Russian Embassy in Prague and the Czech Embassy in Moscow have affected consular services.

Specifically residence permit applications in the Czech Republic and related agendas, such as the admission of foreign employees to government economic migration programs. The consular section in Moscow was forced to suspend its services due to the current situation. This means that all applications for long-term residence permits submitted through this department have also been suspended.

According to the website of the Embassy of the Czech Republic in Moscow, clients who have already been commissioned to apply will be informed about the date when they can arrive at the department.

In connection with this, the receipt of applications for applying Russian employees to government programs was also suspended until further notice, according to the Ministry of Industry and Trade of the Czech Republic in Moscow.

The Consulate General of the Czech Republic in Yekaterinburg is still open, here the reception of visa applications and residence permits for studies is suspended only temporarily. However, according to the MPO Migration Team, this may change depending on the diplomatic situation.

The consulate in St. Petersburg has not yet been affected by the diplomatic rift. However, according to the website of the Consulate General of the Czech Republic in St. Petersburg, they do not currently accept any registrations for applications for long-term visas and residence permits. This is because the capacity for May 2021 has already been reached.

The date of renewal of registrations will also be announced on the consulate’s website.

The Migration team of the Ministry of Industry and Trade announced that the embassy in Moscow has renewed its services from 28 April 2021 and is, once again, accepting application to the government programmes mentioned above. However, because the embassy is working in a limited regime, there might be delays.

The ban of movement in Delhi

According to the website of the Embassy of the Czech Republic in Delhi, there is currently a problem with receiving applications in this country as well. India is facing increased numbers of COVID-19 infections. The situation is the worst in Delhi, which has set a ban on movement. The consequence of this ban is a temporary suspension of visa applications reception at the embassy. The decision was made on 21 April and will be valid until further notice. The embassy will inform you about the resumption of applications.

Applicants who have already been granted a deadline for receiving visa applications will be contacted by consular staff with further information by email.

Do you feel lost in all the deadlines and processes? Do you need a helping hand with your paperwork? Contact us via info@foreigners.cz we will be happy to answer all your questions. 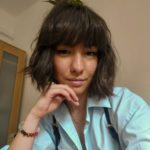