Did you know that Kutná Hora can be loosely translated to “digging mountain”? No wonder – Kutná Hora is hiding a whole new world underneath its surface. To this day not all underground tunnels have been discovered. Many people disappeared in them, never to be seen again. And that’s just the beginning!. Kutná Hora is packed with mystery, history and great restaurants. It is a very popular destination that can keep you busy for the whole day. 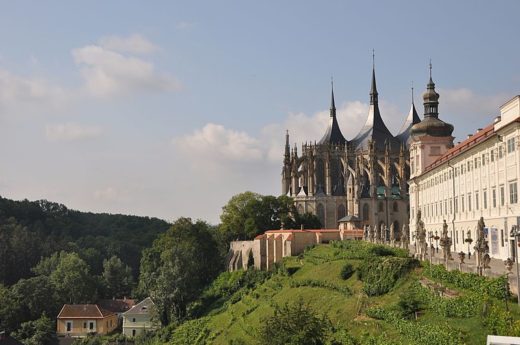 Have you ever wondered what it must have been like to mine silver back in the day? Kutná Hora prides itself with one of the densest and most preserved silver mines in the world! They are going to guide you through the mine and they will show you the process of creating silver coins. From mining the silver ore to the finished coin. The entire tour is narrated by a tour guide, the mines aren’t accessible without one! Even though the tunnels that are accessible to tourists are stable, it is still necessary to keep your safety in mind and only follow the guide and every advice they give you. That being said, it is also advisable to make a reservation beforehand. Kutná Hora is one of the most popular cities in the Czech Republic, therefore its sights are usually packed.

The City of Bones

With its furniture, decorations and chandeliers made of bones of more than 40 000 skeletons, Kostnice is both macabre and oddly captivating. The deceased were buried here in two waves – during the plague in the 14th century and during the Hussite wars approximately 30 years later. Hussites are also allegedly one of the reasons why it looks like this today. They set fire to the cemetery in the 15th century. After this event took place all the graves were exhumed and a half-blind monk started building this macabre creation at the beginning of the 16th century. The reason? Some think that it was to show people the fleetingness of life but who knows? The church was later in the 18th century reconstructed according to the vision of a Czech architect – Jan Santini Aichel. 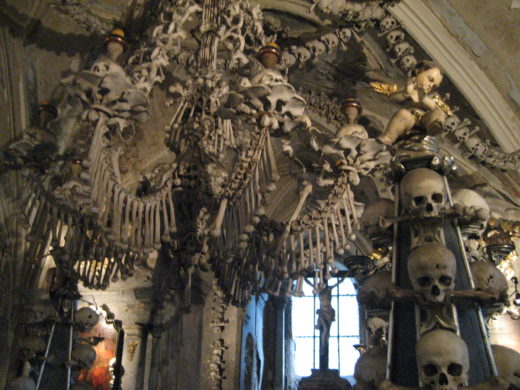 Some of the decorations made of bones (source)

Gask! A piece of Present Times in the Past

Before you go to Kutná Hora, it is worth it to take a look at the schedule of Gask and see if there are any exhibitions going on. They offer not only guided tours but also workshops! You can try out animation, different artistic techniques, basically, anything depending on the currently ongoing exhibition. Gask is mainly a gallery mainly concerned with contemporary art. Interestingly it is placed in one of the buildings of former dorms of a Jesuit College. That creates an interesting contrast between the beautiful historical interiors and contemporary art exhibited there. 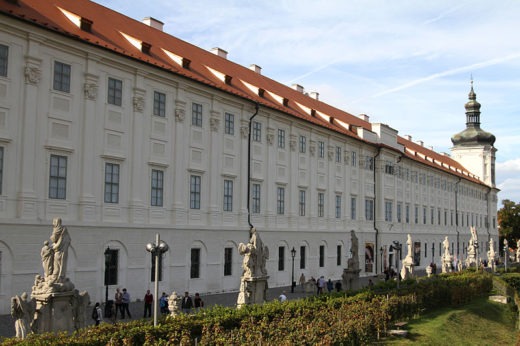 Side view of Gask (source)

In conclusion, if I had to talk about every single interesting sight that you can visit in Kutná Hora, this article would be unbearably long, therefore I am going to finish this article with a short of ‘honorary mentions’:

Kutná Hora is among many other cities that we wrote about to give you tips for trips around the Czech Republic and if you want to keep up with them definitely sign up for our newsletter.