Last week, there were the semi-finals of Extraliga Ice Hockey Playoffs in Czech Republic. The match on the 1st of April was the fifth confrontation between Slavia Prague and HC Pilsen. Before this match, none of teams had succeeded in taking an advantage because the score was 2 victories for each side. 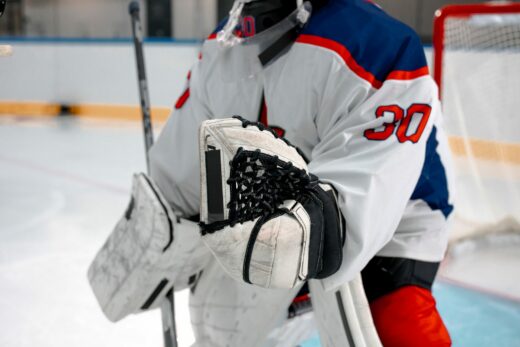 Ice hockey is one of the most popular sports in Czechia

How buy your ticket

First of all, the easiest is to go on the “Sazka Ticket” website and to select which event you would like to see. You can get hold of some tickets for hockey games, floorball games, or big events like concerts or sport competitions.

So, I was interested to buy a Hockey game ticket. To do it, equip yourself with an English-Czech dictionary, because the process is exclusively in Czech language. Therefore, I have clicked on the Slavia Prague’s tab, then on “Vstupenky”, means “tickets”. You could choose tickets between 170 and 350 CZK, depend on stands. I opted for a 200 CZK ticket and trust me, you can see the ice-skating ring and players very well.

When you have chosen your place, you just have to follow the process. You will have print the E-ticket you can get the real ticket by stopping in at the post office or tobacco store, and pay for it.

One evening at the stadium

This fifth match took place in the O2 Arena, the Slavia Prague Stadium. I went there by metro with a friend, taking the line B until Ceskomoravska Station. We were in the stadium 45 minutes before the beginning of the game but the metro was full!

Once we left the metro, it’s impossible to miss it, the stadium is in front of you. It’s a very impressive complex, with 6 floors, could seat 18 000 people, but there have also been famous music shows such as Muse, Coldplay or Madonna.

After you pass through the checkpoint, it’s also easy to find your place in the stadium thanks to all of indications (floor, grandstand, seats).

We were early so, we have watched the warm-up and the team presentation.

Teams are composite of 6 players on the ice-skating ring included a goalkeeper. Each one has also 16 substitutes. Player moving on skates, this sport is called “fastest collective sport in the world”.  The duration of a normal match is 60 minutes, divided up 3 periods of 20 minutes. The duration of break between each period is 18 minutes.

The main rule is simple: to score more goals than the opponent. How to do it? Put the puck, with a hockey stick, inside the goal. Contact is allowed to disturb, exhaust, and throw off the opponent.

But 2 rules are important and can stop the match momentarily:

–  It is forbidden clearing shot when the defender sends the puck until the area situated behind the opponent goal.

In case of draw after the regulatory time, there is 20 minutes extra time. If there is no point in 20 minutes, teams should do penalties shoots, which is face to face shots between a hockey player and the opponent goal keeper.

Show must go on

The first period begun slowly; teams seemed gauge themselves and didn’t take some risks. The only opportunity was a goalpost shoot by a Pilsen Player.

But lasts minutes of the first period were very dynamic. 3 expulsions of 2 minutes for Slavia Prague, 2 other for Pilsen, and goals! The first one is scored at the 15th minutes by the Pilsen’s Star, J.Kovar. He has already scored 15 goals during Playoffs.

After get this goal, the home team reacts and scores 2 goals in 40 seconds, thanks to T.Hertl and P.Jelinek. Slavia Prague thought go back to the locker room winning but V. Pletka scored for Pilsen just before the break. Score at the first break: 2-2.

A break of 18 minutes, you have the time to busy yourself. Bustles are planned on the ice-skating ring. The speaker calls a dozen of children to try a Hockey challenge. They come on the area, and can, each their turn, try to put the puck in a little hole inside the goal with the hockey stick. This activity is funny and always gets applause from the audience.

Of course, before the resumption of the game, you can drink (beers, sodas…) or eat some hot-dog, pizzas, popcorn or other sweets.

After this first break, the game has started again. This period was poorer than the first one in terms of goals. But there were a lot of opportunities! Indeed, the 2nd period was the most closely fought period with 10 real opportunities for Pilsen against 12 for Prague. The only goal in 20 minutes was for Slavia Prague thanks to M. Kempny, the Slavia Prague’s defender. So, in spite of 2 expulsions of 2 minutes for Prague, the score became 3-2 for the home team.

During this period, I could observe different bustles on the full screen, situated on the middle of the stadium, just above the ice-skating ring. Some examples:

–  The “Kiss Me”: the cameraman looks for couples in the stadium. They appear on the full screen, inside a heart and with the message “Kiss Me”. So, we often watch real couples, but sometimes they don’t know each other. It was really funny to see their immediate reaction, and hear people roar with laughter.

–  Supporter girls’ challenge: a supporter girl from each team, appears on the full screen and have to show to all, how they give support to their team. The winner girl has a positive sign and the loser one have a negative sign.

– The supporter kid: here, there is emphasis of children with their team colors. So we can see that even young people are completely in this sport.

The second break came, with another bustle on the ice-skating ring with other children, having to slalom with a puck and a stick.

The last period was totally crazy. Being lead 3-2, HC Pilsen reversed the trend in 4 minutes. O.Kratena scored a goal at the 3rd minute then; unstoppable J.Kovar at the 4th minute permits Pilsen to lead 4-3. At the 14th, T.Hertl allows himself to score a 2nd goal for Prague, the 7th goal for him during Playoffs.

Personally, I wondered what would happen during the extra-time because the score was 4-4 and it was almost the end of the match. But for the biggest distress of Slavia Prague supporters, and mine (Yes I’m a new supporter of Slavia Prague), a Pilsen player T.Vlazak, finish off the Slavia with a goal at 30 seconds of the end. The home team tried everything, replacing the goalkeeper by a player but in vain. The score stayed 5-4. HC Pilsen won.

Once the hockey’s match over, the stadium is evacuated quickly. A riot squad was in front of the metro and another one underground, on the platform, in case of excesses celebration or mourning.

The metro was fuller than before the match because everybody is heading home at the same time.

Atmosphere and enthusiasm of supporters was fantastic. This sport is very dynamic and we don’t have the time to get bored. Bustles in stands, ice-skating ring, and entertainment on the full screen make for an enjoyable experience. I could never hide my wish from you – to buy a ticket for another hockey game. But not for the Extraliga final because between this match and this publication, the Slavia Prague has been stumped by Pilsen during the last match of semi-finals.