#ForeignersRecommends Are you a dad? Do you sometimes feel like nobody cares about your problems as a parent? The topic of fatherhood has been resonating more and more in Czechia. However, according to the coach David Škrobánek who helps fathers through tough situations, it’s still not talked about enough. Czech dads aren’t the only ones with issues. Foreign fathers (and especially those married to Czech citizens) have to deal with unique challenges on their parenthood journey. Read more to learn about his project and how to get help yourself. 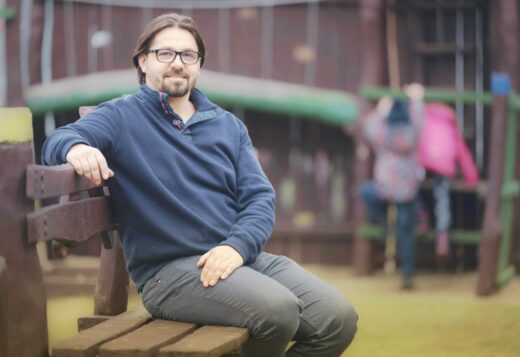 Aid for dads (not only) in need

The project Good Daddy aims to help fathers with issues that still remain taboo in our society. David Škrobánek – its founder – wants people to realize that dads’ problems aren’t much smaller than those that befall mothers. He aims to help dads find a balance between family, child care, work, and hobbies. He also offers a helping hand to those fathers who are going through a rough patch, such as divorce.

There are five basic situations in which David offers help:

Unfortunately, dads tend to call on David too late – when the situation is already tough to manage. This is mainly caused by the fact that they are ashamed to ask for help. That’s why it’s necessary to spread the word about their issues.

The main focus of David’s project is working fathers, especially managers. “Fathers who work a lot often have to deal with unfair scrutiny during a divorce. They’re blamed because they haven’t spent enough time with their children due to their careers. ‘Career’ is considered a bad word in court. These prejudices prevail amongst most judges, especially the older generation.”

Work environments haven’t seen much progress either. “Although HR managers take care to highlight the issues of mothers, they tend to forget about fathers,” David explains. “Another issue is that dads are often too shy to talk to their managers about this. They prefer suffering to confiding in someone who could actually help them. That’s why I do workshops in companies. I want this to be discussed more.”

Fatherhood in Czechia & the law

Paternity leave is something that’s quite normal in for example Scandinavian countries. However, Czechia is still a little behind in this regard. The good news is that there’s been some development on the private side of things, especially when it comes to the younger generation of parents who tend to divide parenthood tasks more evenly.

David also sees the future of this topic in a positive light. “I’ve been saying that the young generation will change things for a long time. Regardless of who’s the president or who’s the prime minister. They care about flexible hours and spending more time at home. And young mothers are more active and want to work more.”

From the point of view of the law, things are also moving towards better tomorrows, albeit slowly. Fathers can now go on paternity leave and also add two extra months to their vacation time. After the baby’s born, they can stay home with the mother for two weeks. “The pandemic has accelerated this improvement. Before COVID-19, flexibility and working from home wasn’t really a thing. The boundaries have been pushed. Now it’s the new norm that employees work from home 2-3 days a week. So dads also have more options regarding spending time with their children,” says David. 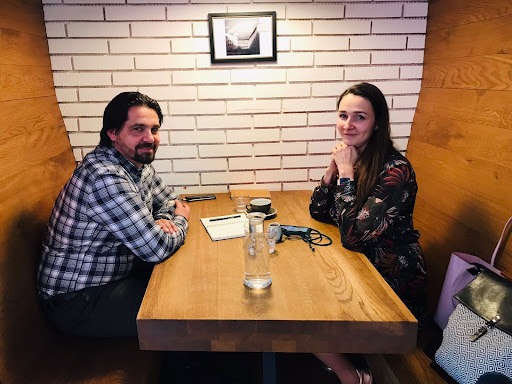 The fickle position of foreign dads

If you are living in the Czech Republic as a foreign dad, your situation may be even more complicated. This is especially true if you have children with a Czech citizen. Expat dads don’t have a support system in Czechia as opposed to Czech fathers. They don’t have their family here and they also seldom have knowledge of the Czech law system.

“When I was dealing with the first phase of our divorce, I still lived in England. This was very tough due to the foreign law system, so I know how foreigners living in Czechia feel. Dads who are originally from outside of Czechia won’t have a clue about how things work here. These cases can be very dramatic,” warns David.

It’s also important to highlight the issue of prejudice, for example in connection to nationality or skin colour. “It can happen that authorities will look at foreign fathers with suspicion. They might say that you’ll want to return to your country and that your kids are Czech anyway, so they won’t give you custody,” adds David.

The good news is that foreign dads can also turn to David Škrobánek. “For foreign dads, these situations can be so tough they might want to give up, especially since they don’t have enough support here.” In these cases, David stresses to the dads that they should never leave the apartment or the country after breaking up even though you might think it could help the situation.

Some dads may struggle with coming up with activities for their kids. When it comes to spending time with children, David says that the best way is to include them in their everyday lives. These moments can be very healthy for the entire family.

David proves this with an example of one family he used to work with. “I coached this 12-year-old boy and his dad who was very strict in his upbringing and didn’t spend enough time with the child. This had a very negative effect on the son’s behaviour and schoolwork. Later I found out that the boy refused to study because he didn’t want to end up working in a high position like his dad. He was worried that he wouldn’t be able to spend time with his own kids, just like his father.”

This issue was resolved when the father began spending more time with his son after he came home from work and on the weekends.

David says that every single hour counts. That’s one of the main messages of his project. “Even one hour a day will have a positive effect on the child. And once a dad realises this, that’s when he becomes a good dad.”

Are you dealing with some of these issues? Contact David Škrobánek. You can explore his website here and read some of the reviews from fathers he’s already helped.

Want to share your personal experience with other foreign dads living in Czechia? We would love for you to use the comment section under this article.