When I made the choice to study in Prague, I unfortunately knew nothing of the city or of the Czech Republic in general. I wanted to go somewhere that I didn’t know much about so that I could learn about the culture and country without a long list of expectations and stereotypes to reference. With that being said, I feel that the culture shock that I experienced since being here was a lot more intense than if I studied in the UK or somewhere western Europe that I have learned a lot about in school 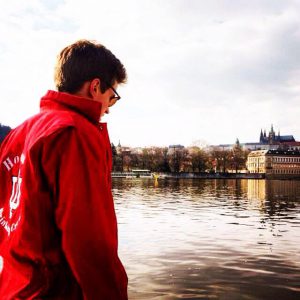 One of the biggest culture shock experiences I have had in my life was a couple of weeks ago, when I stayed with a family in a village near Strakonice. I celebrated the traditional Czech Republic Easter with them and I have never been so shocked in the process.   My host sister explained to me the tradition of the Czech males on the Monday following Easter Sunday. When she told me that the men build whips out of tree branches, go door-to-door hitting the women, and taking shots, I thought she must have been kidding. While there is no intention of causing actual harm to the females, all I could think about while participating in this tradition was how I would be arrested in the United States for trying something like this. 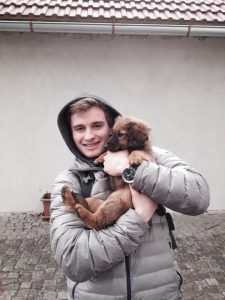 Another culture shock to me was the beer drinking culture of the Czech Republic. Although I participate in the drinking culture of college at home, it is more geared toward the “party” atmosphere. At college in the United States, people rarely just go to a pub or bar to have a beer and talk like they do in the Czech Republic.   At parties at my school, a lot of people binge drink beer and alcohol to get into that party mentality of a traditional college party in America. Since I have been here, I do a lot less of that quick binge drinking that so many college students do and drink more casually on a more frequent basis. I really enjoy the social aspect that comes along with the beer drinking culture norm and feel that it helps people stay close with each other and meet new people. 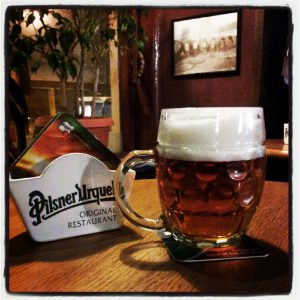 One of the last aspects of the Czech culture that I found quite shocking was how the Czech people treat their dogs. The dogs here are treated with a lot higher level of respect than dogs are in America. The dogs here are also very disciplined and are capable of walking through the city without a leash or guidance from their owner. I was really fascinated by the way the dogs are given a lot of freedoms that dogs in America would never be given, such as entry to bars, restaurants, and even public transportation! One of my favorite bars in Prague, Vzorkovna has two Irish Wolfhounds (largest dog breed) that hangout in the bar and bring a nice feel to the atmosphere, that would never be allowed in America. I kept thinking how it would be very cool for my dog to have these freedoms but because he was raised in a suburban area and hasn’t been exposed to the freedoms of the dogs in Prague, I don’t think he would survive or be disciplined enough to handle it. 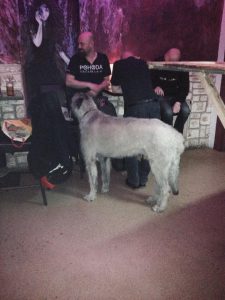 As the initial culture shock began to fade and started to become something I was adapting to, I have began to really enjoy living in Prague and the culture of the Czech Republic.  When I leave in May, I’m going to really miss getting a great beer for only 30,-Kc with a friend while enjoying the company of dogs and live music. As for the Easter tradition, I think that I will have to bring that one home with me. 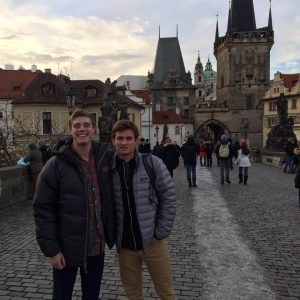 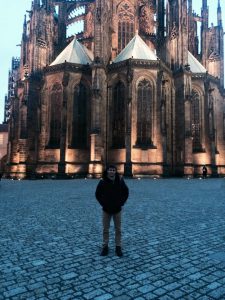