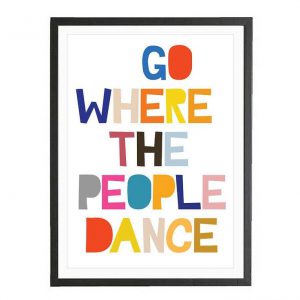 MeetUp with me is a new event series that caters to expats and locals looking to network and meet new people. While the event is a particularly great environment for singles to meet other singles, it is also a place where people can come and make new friends and contacts. Last week, Foreigners.cz in partnership with the Mandarin Club launched the first official MeetUp with me party! We are excited to share that the evening was a great success!!  As with most first time events, there is always a risk of not having an equal amount of males and females, or people who are feeling social. This was not the case at all last Wednesday evening, as everyone put on their dancing shoes, literally! But I’ll explain more about that a bit later.. The launch party was James Bond themed, so of course we had James Bond music playing throughout the evening, guests also arrived in formal attire, lending to the whole James Bond vibe. Like many parties, the beginning was a bit like a high school dance. Some people were sitting with the friends they came with or on their own, while others socialized and met people right away. But once the program started this all changed very quickly!  The first activity of the night was an ice breaking game made up of small groups of around 8-10 people. In the game, we asked each person to introduce themselves and state three things that are true and one lie. Each person went around and said their piece and at the end one person was chosen via spin the bottle to go up and guess which statement was a lie for each person on their team, in turn earning their team points. The game worked really well, everyone seemed really engaged. After the game, the main activity of the night took place, and this is where I’ll explain the “dancing shoes” bit. We were graced by the presence of the ever talented Adam Šeda, from Dance School Dynamic, and his partner Petra, who announced to the crowd that we were all going to pair up and learn the basics of salsa dance. Being that I have two left feet, I designated myself as photographer for the evening but that didn’t last very long as someone else on our team decided the same and strongly encouraged me to take on the salsa dance.. and so I did! At first many people were getting the basic steps, and some of course were struggling (myself included). Eventually, it seemed somehow like everyone got the basics! I can tell you from personal experience now having tried it for the first time, learning a coordinated dance is quite exhilarating and fun! Something I always assumed I’d never be able to do! I got the feeling that a lot of people felt that way, as everyone was smiling and laughing throughout the evening. The dancing went on for quite a while and at the end a few dance partners were voted as the “winners.” We had some really exciting prizes to give away, thanks to our sponsors: Whiskey Bar Valevil, Panoptikum, Hot City Yoga and Premiera Sweet!! All in all a successful evening, we are looking forward to seeing you at the second edition of the MeetUp with me event series on January 22nd!  https://www.facebook.com/events/522179334544420/ See here for pictures from the event: https://www.facebook.com/media/set/?set=a.787782894571829.1073741852.224787330871391&type=3