This exhibition of the famous American film director and graphic designer Tim Burton, who is best known for his filmmaking (such as Batman, Edward Scissorhands, Sleepy Hollow, Corpse Bride), explores his life work in the form of a retrospective and presents hundreds of diverse exhibits such as drawings, puppets, costume designs and entire costumes, illustrations, designed objects from films, storyboards, paintings and of course the movies and amateur achievements. The exhibition premiered in 2009 in New York and was subsequently seen in Paris.

Tim Burton is widely regarded as one of cinema’s most imaginative and visual filmmakers. Burton most recently directed Big Eyes, starring Amy Adams and Christoph Waltz, which will be released in 2014.

Timothy Walter Burton (b. 1958) grew up in Burbank (a homogenous suburban), California. Guided by the movies on television, comics in the newspapers, myths and fables told in school, and other forms of popular culture. Burton incorporated these lifelong influences into his art at an early age. He attended California Institute of the Arts, where he studied animation, before moving on to the animation department at Disney. While there, he directed the 1982 stop-motion animated short film Vincent, narrated by Vincent Price, which was an award winner on the film festival circuit. He also directed the 1983 Kung fu–inspired short film adaptation of Hansel and Gretel, and the 1984 live-action short film Frankenweenie.

Very quickly he created a distinctive visual style, a mixture of unbridled imagination and creativity, black humor and bleak poetry. With the films Pee-Wee’s Big Adventure (1985) and Beetlejuice (1988), he cemented his reputation as one of the most original filmmakers in Hollywood. Whether embarking on science fiction (Mars Attacks!) or dedicating himself to pure animation (Tim Burton’s Corpse Bride) or taking his inspiration from children’s literature (Charlie and the Chocolate Factory), he draws on the limitless resources of a child’s imagination. Burton received the Golden Lion for lifetime achievement at the Venice Film Festival. 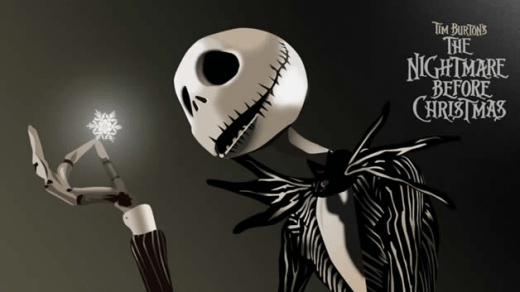 Drawn from Tim Burton’s personal archive and representing the artist’s creative output from childhood to the present day, this exhibition of 500 drawings, paintings, photographs, sketchbooks, moving-image works, and sculptural installations focuses on the recurrent visual themes and motifs that resonate in the distinctive characters and worlds found in Burton’s art and films.

The international exhibition of Burton’s art over the past four years displays the full range of his creative production, revealing a versatile artist whose unique vision transcends mediums and formats. 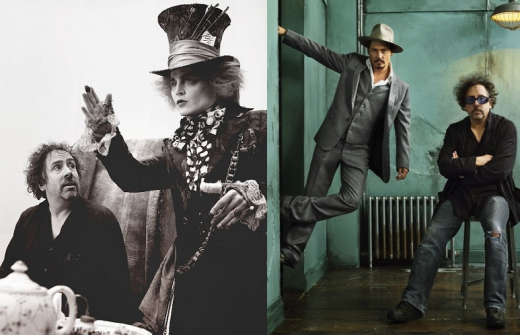 The exhibition reveals an inimitable style that is informed by Burton’s specific perspective. His amalgamations of man, animal, and machine are evocative of an artistically-inclined Dr. Frankenstein with an unfettered imagination. The interplay between horror and humor figures prominently in Burton’s art and films and this theme of the “carnivalesque”—the mixture between comedy and the grotesque—is seen in projects from Batman to Alice in Wonderland (2010). Perhaps his most notable and well-known motif, the soulful melancholy of Burton’s iconic misunderstood outsiders—from Edward Scissorhands and Jack Skellington to the Corpse Bride and Frankenweenie—is deftly expressed in the drawings featured in the exhibition.

Comprised of both works from his signature films and projects including The Nightmare Before Christmas and The Melancholy Death of Oyster Boy and Other Stories (1997) to never-before-exhibited artworks, The World of Tim Burton is a deeply engaging experience that gives the public access to the artist’s very personal and singular output.

The House at the Stone Bell – City Gallery of Prague: