The end of the semester has come and it’s time to head back home! We’re sure you enjoyed the nightlife as much as possible but now, it’s time to get serious! Studying in the Czech Republic is one of the best choices you ever made but what happens after getting your diploma?

First of all, you have to know that if you want to transfer your diploma between the Czech Republic and your home country, in most cases it requires some sort of authentication of its legitimacy and validity.

The type of authentication depends on the issuing authority, the purpose and the agreements between concerned countries.

If you want your diploma issued by the Czech republic to be valid in your home country, you will need it apostilized – if your country is a party of The Hague Convention of 1961.

Apostille is a stamp (with a side of not less than 9 cm) that is placed on the originals and copies of documents and certifies the authenticity of a document. It’s generally made up in Czech even if sometimes it can be drawn up in bilingual format (most often the second language is English). According to the Convention, Apostille can be placed on the document itself or on a separate sheet attached to the document.

In practice, different countries use different methods of the certificate: rubber stamp, glue, colored ribbon, wax printing, relief printing, self-adhesive stickers for example, as well as an appendix to the document, which is carried out by means of adhesive mounting rings, clips, etc…

The certificate of the apostille must contain the following details:

The authority competent to execute apostilles in the Czech Republic is the Ministry of Foreign Affairs. 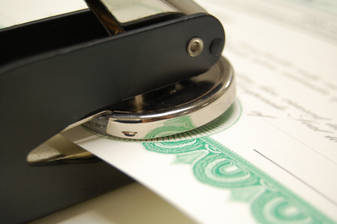 Superlegalization is a higher authentication of a public document which has been already legalized/apostilized to confirm that the document was issued by the relevant authority. It’s done by verification of the signature, official stamp or official seal on the document.

Be careful, the process is not that easy as it sounds!! It is needed to visit a few ministries and the embassy for the superlegalization. Each case is individual and you have to follow very specific rules. Hence we are happy to help since we are experienced in the procedures. Bring us your document, let us contact the relevant authorities and then just pick up the final document!

One thought on “Students: Get your Czech Diploma Authorized for Using Abroad!”