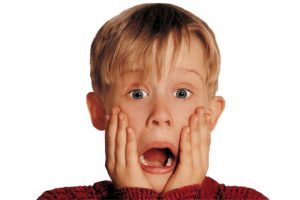 “To travel is to take a journey into yourself” – Danny Kaye

For the average expat, truer words have never been spoken. Having moved from Canada to the Czech Republic over a year and a half ago, I can confidently say that my experiences while living abroad have imprinted an everlasting impression on my identity.

My first few months in Brno were anything but ordinary, every day was a new adventure. From trying to figure out how to ask for things in my extremely limited knowledge of the Czech language – to try to understand why grocery stores were selling whips during  Easter. I became consumed with all things Czech.

A year and a half later, what once was culture shock has now become the norm: Vařené brambory (boiled potatoes) have become a staple food in my diet; new friends from all over Europe and the U.S have become my family, and the city of Brno is now a place I call home.

It was finally time to return to my original home – Toronto, Canada – for a visit. I was excited and anxious all at once, not really knowing what to expect. Immediately upon landing in Toronto, I noticed that my home base of twenty-something odd years now felt a bit foreign to me. I was exhilarated by the fact that I was able to understand conversations going on all around. It was as if my senses were heightened; my ears perked up as suddenly I was able to tap into a whole world of people speaking a language that I could understand.

Language aside, I was overwhelmed by variety. Variety of food places to go people to see. In a city with skyscrapers and billboards at every street corner, it felt strange to be among all the hustle and bustle. Going back to my original home base took a bit of an adjustment. Common phrases of my everyday life in Czech followed me home. I caught myself saying “jo, jo” (pronounced “yo, yo”) instead of “ya, ya” or ordering “a large bottle of water with gas” over lunch with my sister. I can assure you that both my sister and the waiter had no idea what I was referring to and were puzzled by the fact that I didn’t just ask for free tap water.

Side note: Sparkling water in Canada is usually only ordered at a high-end restaurant, which further emphasizes how strange it was for me to order this beverage.

Not only was I speaking weirdly, I also found myself greeting people in a “European” manner. In Europe, I’ve become accustomed to kissing people once on each cheek. In Canada, however, it is typical for people to greet friends and family with a hug (sometimes a kiss for family) and strangers with a handshake or a simple “hello” or “goodbye.”

As you can imagine, I found myself in quite a few awkward scenarios, when naturally I went in for the cheek-to-cheek kiss and in return I had someone trying to bear hug me. This resulted in the banging of heads, noses or just a bunch of weird looks directed my way. I understand now that reverse culture shock is a very real thing, which can (and usually does) bring on some humorous scenarios. I am happy that my worldly experiences are becoming part of who I am and look forward to many more awkward/funny cultural situations in the future. 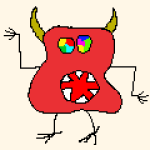