Customers beware! Escape room business has a few treacherous specifics which should make you cautious about choosing your games. In any other business area (restaurants, selling experiences, services,…) it’s important to build a loyal base of customers who will keep returning because they like your service. Retention is king. Not in escape room games, though!

Playing an escape room is a one-off experience. Once customer plays your game, he will never return as he already knows your quests and a story line. As an escape room operator you invested a lot of money into the venue and an escape game installation in order to entertain a group of people you will never see again.

There is also a very specific concept of competition. Fans of escape room games will never return to your business but it’s very likely they will play another escape room if you provided them with a good experience. So, the competition has somewhat opposite effect than in any other industry. Excellent escape rooms are building a great image of escape entertainment as a whole which benefits other good escape rooms. As an escape room operator you should be happy and highly appreciate amazing games of your competitors because they will indirectly generate more business for you. But! What about poor escape room games? 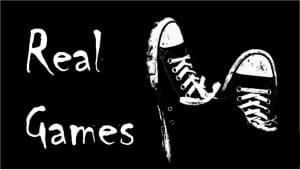 In May 2015 we discovered the beauty of escape games in our first game ever. Soon after this nice experience we booked our second game, Mysterious room by Real games.

Being enthousiastic about our next escape room experience we set out. But when we get to our destination we cannot find the actual escape room. The game should have been situated at Prague 4 by the public transport stop “Pod Jezerkou”. We locate the exact place thanks to GPS in our phones. However, there is no sign, no branded venue, no indication of any game whatsoever. First logical step is to call the phone number of the provider and ask for an advice. Well. There is no phone number mentioned on www.realgames.cz.

What now? Google is your friend in most dire life situations, we remind ourselves, and try to google some phone number. We somehow magically find a real games phone number but nobody answers our calls. So we start asking people in the street who look local if they have heard about an escape game in the area. After the series of “no idea” type of answer, we spot some disabled patients of medical clinic and their nurses but they have also never heard about Real games in this area.

Bummer. We should have been already playing for 15 minutes, when my phone finally rings. A shy female voice asks me where we are. We explain our location and there she suddenly appears.

„Escape? Follow me,“ she utters and we have no choice than to start walking in her footsteps, exchanging confused glances. It takes just a few moments of awkward silent walking and we end up standing in a room that looks like a chapel. (perhaps because it really was a chapel).

„Do not touch things behind the red tape,“ the lady announces and draws the tiniest gun I have ever seen in my life from her handbag, points its end toward us and with her trembling voice declares: „You were arrested by the secret police and have an hour to get out of here, before I….erm…before the secret police comes back.” And she disappears from the room and locks the door as quickly as she originally appeared.

„What the ****,” says my friend Ondra, and I couldn’t express better. After all the initial dismay we were hoping to get at least a nice atmosphere with some interesting quests. Unfortunately, the disappointment was only culminating yet. Chapel indeed is a place with an authentic atmosphere but not when 70 % of the room is labelled with red tapes and marks “do not touch”. You could as well play in your living room, you could at least touch some things. So the last chance to save the room reputation is the story and quality of quests.

However, the story was completely random and the quests were in the form of “find pieces of paper, put pieces of paper together and see that the pieces of paper are telling you something”. This will allow you to open another cheap lock. But wait. Suddenly there is one technically more advanced quest item.

That’s the UV light which should allow you to read a mysterious writing on the wall. What a pity that the gadget was out of battery and thus you could not read much on the wall.

Our estimate of investments into equipment of this escape room? Around EUR 21.54 including a notepad and new battery cells to the UV light.

We were so desperately looking for at least one sunny side of this evening until we found one! This was such a miserable experience that we decided to start SolvePrague.cz and write blog posts from our visits of escape rooms in Prague. We don’t want any other customers to experience such a disappointment. If this was our first escape room experience we would most likely have never returned to play again. And that would have been a pity.

This is why we have to assign our badge POOR to Real games and hope that we discourage as many people as possible from visiting this “sorriness” of a “game”. Especially the first time visitors of escape rooms. Our goal is to popularize escape rooms and review the quality of many games so that the image of this modern interactive entertainment only blossoms.

We hope we will see more amazing games being built in Prague in foreseeable future. We will keep monitoring Prague escape rooms and continue assigning our POOR badge to all of those who deserve it. We will also give out nicer badges to those who earn it. You can follow the badges we assigned so far and choose escape game in Prague based on reviews on SolvePrague.cz.