The fifth edition of the International Film Festival CINEMA MUNDI will take place in Brno on 26 February and 6 March 2014.

The first edition of the Cinema Mundi International Film Festival took place in late February/early March 2010 in Brno, Czech Republic. The inspiration came from the long tradition of Trade Fairs Brno that have been attracting exhibitors from all over the world for many decades and the desire to create a similar platform for the world of film here in the second largest city of the Czech Republic.

Since the beginning, Cinema Mundi, or “Film Worlds”, have therefore focused not only on the contemporary films made in the countries with a long film tradition but also on films made in countries whose cinema is not so well known to European audiences. When selecting the films from these countries in particular, the festival commission pays attention to the films that have been submitted for the American Academy Award in the category of the Best Foreign Language Film, that are then often included in the main competitive section of the festival program. One of the basic aims of Cinema Mundi and its founder, a well known film lover and operator of the summer open-air cinemas in the Czech Republic and Slovakia, Mr. Josef Čadík, has been to provide film fans coming to the festival not only entertainment but also knowledge. Therefore, a great amount of the films shown at the festival offer to the spectators not only the opportunity to see interesting films from less known and distant countries, but also the opportunity to get acquainted with their society, culture and history, that is the topics that the films are often concerned with. Out of this reason, too, the festival has been cooperating with Masaryk University in Brno, whose students apply their knowledge and education when taking part in the organization of the festival. At the same time they create a unique atmosphere that is appreciated both by the audience and festival guests. The idea of Cinema Mundi as an event that will significantly enrich Brno cultural scene has been also supported by South Moravian Region of which Brno is the centre, and whose administrative body is the official partner of the festival. While the first edition of the Cinema Mundi festival organized in 2010 was a non-competitive exhibition, since the second edition all films in the main section of the festival have competed for the Cinema Mundi Students Jury Award. In accordance with the main philosophy of the festival that stresses the cooperation of Brno university students at organization of the festival, seven students of Masaryk University in Brno, the second largest university in the Czech Republic, form the Jury.

The first ever winner of the Cinema Mundi Students Jury Award was the French film Of Gods and Men directed by Xavier Beauvois, chosen as the best film of Cinema Mundi 2010. Apart from this film the Jury awarded also two special awards, the first to the South-African Life, Above All (dir. Oliver Schmitz, 2010), the second to the Albanian film East, West, East (dir. Gjergj Xhuvani, 2009). The best film of the third edition of Cinema Mundi IFF 2012 became the Irish film As If I Am Not There directed by Juanita Wilson, two special awards went to the Macedonian film Punk’s Not Dead (dir. Vladimir Blazevski, 2011) and Brazilian film Elite Squad: The Enemy Within (dir. José Padilha, 2010). The awards are currently not financially subsidized and have the status of honorary awards. Movies can be divided into: European road movies, Oscars, Prague school and World movies. Tickets can be purchased at the box offices of individual kin in their normal opening hours. Tickets can be purchased while always only in a specific theater in which the performance takes place. Projection sites: 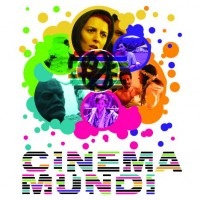