#LifeInCzechia Many foreigners living in Czechia end up falling in love with Czech citizens. And many of those couples end up getting married. But having an international wedding in Czechia isn’t quite as easy as it may seem. In fact, you might (not) be surprised to learn how much bureaucracy is involved in the process. Here are some of the basics you should know if you’re planning on getting hitched to your Czech sweetheart. 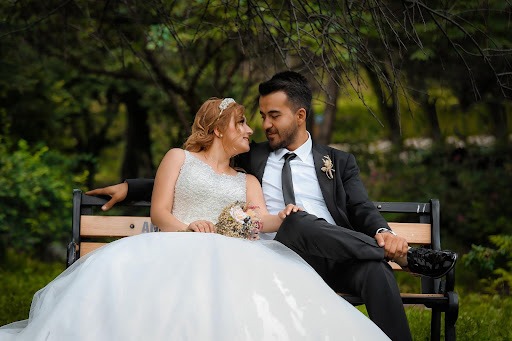 In Czechia, couples get to choose between civil and religious ceremonies.

When it comes to marriage, only opposite-sex couples can enter this union in the Czech Republic. You can choose between civil ceremony and religious ceremony.

You get to decide where the wedding will take place and which common surname you’ll use after getting married. If the woman decides to take the man’s surname, she’s allowed to keep it in its basic “masculine” form without adding the gendered “-ová” to it.

There’s no equal marriage in Czechia yet at the moment. So if you’re a same-sex couple and you’re planning on getting married to your Czech fiancé, you either have to get married in a different country or enter a civil union in Czechia.

Civil union is the only option for same-sex couples in Czechia. It is not offered to opposite-sex couples.

Same-sex couples who enter civil union don’t get many of the privileges of marriage. According to the non-profit organisation We Are Fair – Marriage for All, you can’t e.g. have the ceremony anywhere you want, there are no witnesses, your partner can’t adopt your child (and you can’t adopt any children at all together), you don’t get a 2-day vacation for your ceremony, and you can’t choose which surname you’re going to be using until after the ceremony. You also won’t be entitled to a widow(er)’s financial support in case of your partner’s death.

Planning a wedding in Czechia

Planning a wedding in Czechia can be quite challenging bureaucracy-wise. The fiancé who is a foreign national will need to prepare a number of documents, including:

All of these documents need to be officially translated into Czech by a court-appointed interpreter. The documents may also need to be legalised or superlegalised – depending on the country of your origin.

Foreign nationals from third countries also need to submit a certificate confirming that your stay in the Czech Republic is legal. This document is issued by the foreign police.

You also need a court-appointed interpreter to be present at the wedding ceremony. You have to cover the interpreter’s costs yourself. You can only get married in Czech if the foreign fiancé has a perfect command of the Czech language.

Recognition of abroad marriage in Czechia

You can also get married abroad (e.g. in “your own” country). In that case, you’ll need to have your marriage recognised in the Czech Republic upon your return.

A good idea, in this case, is to contact the Special Office of Vital Records in Brno and ask about your specific case. Beware though – this type of marriage might actually add to your paperwork rather than reduce it, so make sure you know all the facts before you jump in.

Additionaly, here’s some good news for same-sex couples married outside of the Czech Republic. If you want to use your marriage for immigration purposes here, it will be recognised. As such, you can for example apply for a long-term residence permit for the purposes of reunification.

Registered or married same-sex couples can also apply for a temporary residence permit for a family member of an EU citizen and they will be recognised as close family members.

Are you considering getting married in Czechia but don’t want to deal with the bureaucracy on your own? Fear not, because taking care of international weddings is one of our services. Check out the details here.

4 thoughts on “Getting Hitched in Czechia? Here’s the Scoop on International Marriage”