FOREIGNERS AGENCY NAMED ‘ONE TO WATCH’ AND ‘NATIONAL WINNER’ IN PRESTIGIOUS EUROPEAN COMPETITION!

We are blissful to share the news with you: Foreigners has been named ‘One to Watch’ and ‘National Winner’ in the 2019 European Business Awards, one of the world’s largest business competitions. 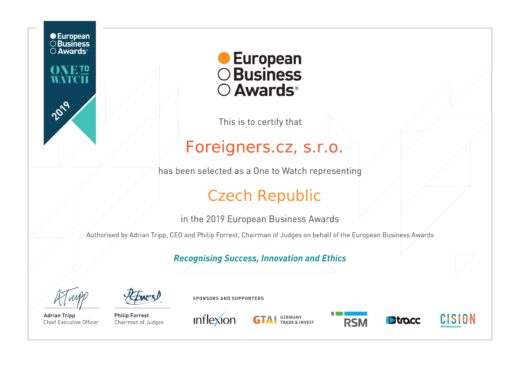 Foreigners has been named as ‘One to Watch’ in Europe in the list of business excellence published by the European Business Awards. Then, the company was chosen from 2,753 businesses named as ‘Ones to Watch’ in a list of business excellence published in July and was selected as one of ten ‘National Winners’ representing the Czech Republic by the panel of independent judges including business leaders, politicians, and academics.

Foreigners agency is one of ten National Winners selected from 82 of the Ones To Watch in the Czech Republic and have been invited to the final Ceremony, Event and Judging in Warsaw in December.

CEO of the European Business Awards, Adrian Tripp said: “This is a significant achievement and Foreigners is an outstanding leader in their field. To be chosen as a National Winner means you show great innovation, ethics, and success and are one of the best businesses in Europe. We wish Foreigners the best of luck in the final round.”

Now, Foreigners is attending the ‘European Public Champion’ prize, sharing about our company vision and our story. Watch our video on the European Business Awards page and vote for us! 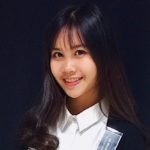 Hello readers, and welcome to Foreigners. You can call me Huyen or Hazel. Shortly about me, a young energetic Vietnamese girl who loves traveling! I’m here to share handy tips and significant information about Prague and how to become a Czech. Don’t forget to follow our posts if you find them helpful 😊Big thanks!