02.03.201706.03.2017 Clement Thonneau Country, Culture
We are not going to lie. Music from the Czech Republic does not enjoy international fame so much. But Czech folk and traditional music had its period of impact at European level. Today, a new Czech scene is born with pop and rap influences. 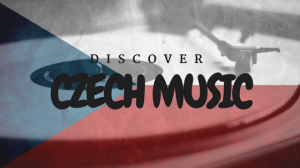 Traditional Czech music has been a great source of inspiration for excellent composers from Moravia or Bohemia such as Leoš Janáček, Antonín Dvořák, Bedřich Smetana, and Bohuslav Martinů.

The Bohemian polka is undoubtedly the most famous European dance. Polka is a dance that has become popular throughout the world in the early 20th century. The most famous example is Škoda lásky (“Wasted Love”) of 1927, worldwide known as Beer Barrel Polka.

Traditional Bohemian music is the most innovative in Chodsko where the bagpipe is common. Moravian traditional music is best known for cimbalom which is played in ensembles that also include the double bass, clarinet, and violins. Traditional music from the regions of Moravia shows foreign influences from border countries but has also influenced other music such as Mexican music. Traditional Moravian music is traditionally accompanied by folklore and costumes, as you can see in this video.

Folk style is the center of Czech music. Its classical dance – the polka or the hulan – are very popular, and some Czech singers make this renown a success.

The famous Karel Gott is the illustration. You may not know but he is the most famous singer of the Czech audience, their Johnny Hallyday or Paul McCartney national.

English-speaking visitors listening to the Czech radio can be surprised by the abundance of familiar tunes with Czech-spoken lyrics. These imported pop standards have been repeated, often with influences and instruments derived from more traditional Czech styles.

The Czech Republic was popular for punk, punk rock and metal bands. In 1964 and 1982, Pete Seeger traveled the country, inspiring generations of Czech bluegrass and American folk musicians. One of the most famous bands on the Czechoslovak rock scene was the Plastic People of the Universe founded in 1968 in Prague during the Spring of Prague where the regime was granted to liberalization and democratization.

In recent years we can distinguish several types of Czech pop. First of all classical pop faithful to Czech language and influences. The Krystof band excels in this register for example:

Some Czech artists prefer to sing in English. This is the case of Lenny who remixed the famous Hello of Adéle.

Rap also has its place in the Czech Republic, notably thanks to Slovak artists like Victorious or too young Czechs who again popularize the national rap like Lipo.

So as you understood, Czech music is not mediatised but is not less interesting!