The history of beer in Czech Republic

This country has a long tradition of beer. Hops were founded for the first time in the Czech Republic in 859. The first Czech brewery was founded in 1118 in Cerhenice, Brno when it had been given the authority and recognition to brew since in the 12th century. Like in Belgium, many monasteries were the producers of beer during this period, although that is not the case today.

The beer industry experienced a fast expansion during the Middle Ages.
During the communist regime, the beer was particularly cheap, but not always of good quality. With the fall of the Wall, the Czech beer market remained cheap, but regained its title of nobility with a worldwide reputation for excellence.

Czechs are the biggest consumers of beer in the world, consuming a little more than 160 liters per person each year.
It is also one of the places where beer has remained cheap, 1-2 € for 50 cl in a bar. You can also order a smaller beer (33cl) for a cheaper price, but you have to specify.

How Czechs serve beer may also differentiate from your home country. For example, in the UK you will be served a beer without foam, while in the Czech Republic, the foam is as important as the first taste.

If you’re in a city other than Prague, don’t call the server, because someone will quickly come to take your order. Sometimes you can have another beer even when you have not yet asked. Additionally, if you put your coasters on the glass, the server will understand that you don’t want another beer.

We can’t say we have tried all of the beers in Czech Republic. In addition to the traditional and better-known brands, there are plenty of microbreweries, therefore it is impossible to say that you have tasted all of the Czech brews. 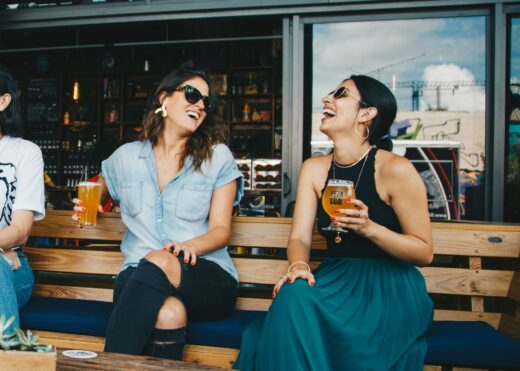 We will not go into detail on the different characteristics of brewing fermentation with high or low, or types of hops used.
Levels given above beers are a little special, your beer is not 13 °, it is actually divided by 2 to 2.5 degrees for the traditional degrees. Czech breweries use the degree Balling (brix), which was invented and perfected in the 19th century by the Czech Karl Joseph Napoleon Balling. The Plato degree that is generally used was established in the beginning of the 20th century.

Moreover, in some countries such as Sweden, alcohol levels are adapted to the market, you can find Starobrno or Pilsner Urquell with only 3.5 ° alcohol.

The Czech Republic is a treasure chest of beers, in part 2 we will see that the big brewers can be found abroad, like Pilsner Urquell, but also lesser known beers, which will be a great story for you to read.
You probably know already: Kozel, Gambrinus, Radegast, Staropramen, Krušovice, Starobrno, Bernard or Svijany.

A question for the beer lovers living the Czech Republic; What is your favorite beer? 🙂

4 thoughts on “Beer and breweries in Czech Republic (Part 1)”