Are you interested in documentary films and would you like to know how they are made? Are you a film student and would like to learn something extra from two international film-makers with over 20 years experience abroad? Do you work in documentary film making and would like to develop your professional skills in English while exchanging hints and tips with foreign colleagues? If your answer is yes the workshop on Documentary Film Making in English running on Saturday, December 3rd in Brno, is perfect for you.

“In 6 hours we will explain the basics of creating a documentary, from the idea, to research and development, pitching, filming, post – production and finally distributing. You will have the chance to experiment with professional equipment and we will even simulate the shooting of a film,” describes the organizer António Pedro Nobre. 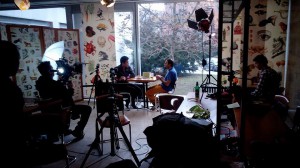 The workshop price  is 990 CZK (10 people maximum). It will go from 2pm till 8pm in Music Lab on Opletalova street 1, followed by a movie projection of the last documentary made by the lectors – CZizincii/WEmigrants with admission for 100 CZK.  Those attending the workshop get free entry to the film screening.

Between 2007 and 2012 directed all the official documentaries for the festival Colours of Ostrava, documented the behind the scenes of operas and ballets at the National Moravian Silesian Theater in 2012 and 2013, and directed the official documentary of the Festival Banát in 2014 and 2015. Apart from documentaries, he has also directed music videos, advertising spots and travel videos, besides collaborating for various national TV shows both in Portugal and in the Czech Republic where he has been living since 2005. Since 2013, he is the president of the jury of the International Festival of Outdoor Films, an itinerant event covering 50 cities in Czech Republic, Slovakia and Russia and since 2016 Envofilm, a new student film festival in Český Těšín. 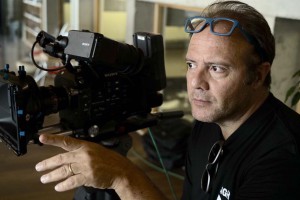 Born in Milan, Italy, has more than 20 years experience in TV, Film and Video production. He directed the documentary films “L’essenziale è invisibile agli occhi” (IT, 1995), “Toro emotions” (IT, 2007) and co-directed “CZizincII” (with António Pedro Nobre, CZ, 2016). He also conducted 85 interviews for the mega documentary project for the Survivors of the Shoah Visual History Foundation by Steven Spielberg and directed the documentary series “Den na železnici s” (Brno TV, CZ, 2015).

Apart from documentaries, between 2001 and 2012 he has worked in the popular Italian soap opera “CentoVetrine”, and also directed music videos, advertising spots and promotional videos for companies, both in Italy and also in the Czech Republic where he has been living since 2013. His debut short black humor comedy “Mai cosi vicini” won several awards in many international film festivals all over the world.