Knowing that I was going to do my internship in the Czech Republic, my sister gave me a book for Christmas. This book is called Xenophobe’s guide to the CZECHS: A frank and funny look at what makes the Czechs CZECH. Honestly, when I saw the title, I was quite doubtful about the content I would find inside. I was not aware of this book series before.  There are around thirty different books describing several nationalities such as Americans, French, Irish and of course Czechs… They intend to depict the national character of the people in a funny way. 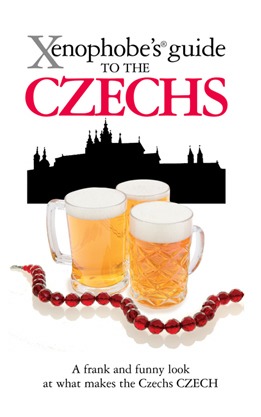 So, I just started reading this book and it IS actually very amusing. The book is divided in sixteen different topics from nationalism & identity to the language & ideas. Reading it back in January, I was not sure if I should take all the information in there as accurate since I knew a little about the Czech Republic. When I arrived in Brno, I read it again to check if I found some truth in these writings. And I have to admit, some things in there look credible! This might be due to the fact that it has been written by three Czech people: Petr Berka, Aleš Palán and Petr Št’astný and they use a humorous tone to depict their national identity.

Actually, I also learnt a few things in this book: the word ‘ROBOT’ has been invented eighty years ago by the Czech dramatist Karel Čapek who wanted to describe a humanoid machine and I have also been introduced to a national hero, the good soldier Švejk, an anti-militarist character from Jaroslav Hašek’s novel. 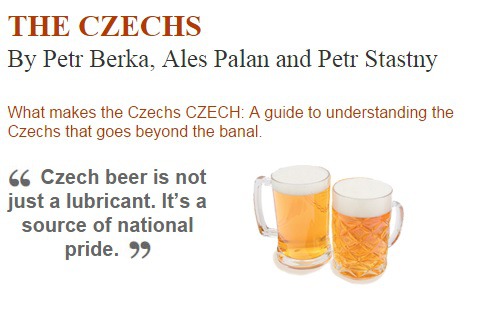 To put it in a nutshell, I recommend reading this book to any newcomer in the Czech Republic or to those who have been there for a while, just to check if you consider the information in there as accurate.