In the city of Brno, we can find a lot of small shops that are dedicated to selling beer. In these shops you won’t find the beer that you normally see in the supermarkets, you will see Czech Beers from small companies and also you will see foreign beer. Because tasting so many beers would cost a lot for just 1 person, the best way to do it is to get a group of 4/5 people, buy 15-20 different beers, and then each person only drinks a small glass of each beer. So a group with Antonin Prost, Carlos Antunes, James Cockbill and Enrique Guevara decided to make a beer tasting. They went to a small shop call Pivoteka U Modreho LVA in Vesela Street and they bought 20 beers, each one chose 5 beers to taste. 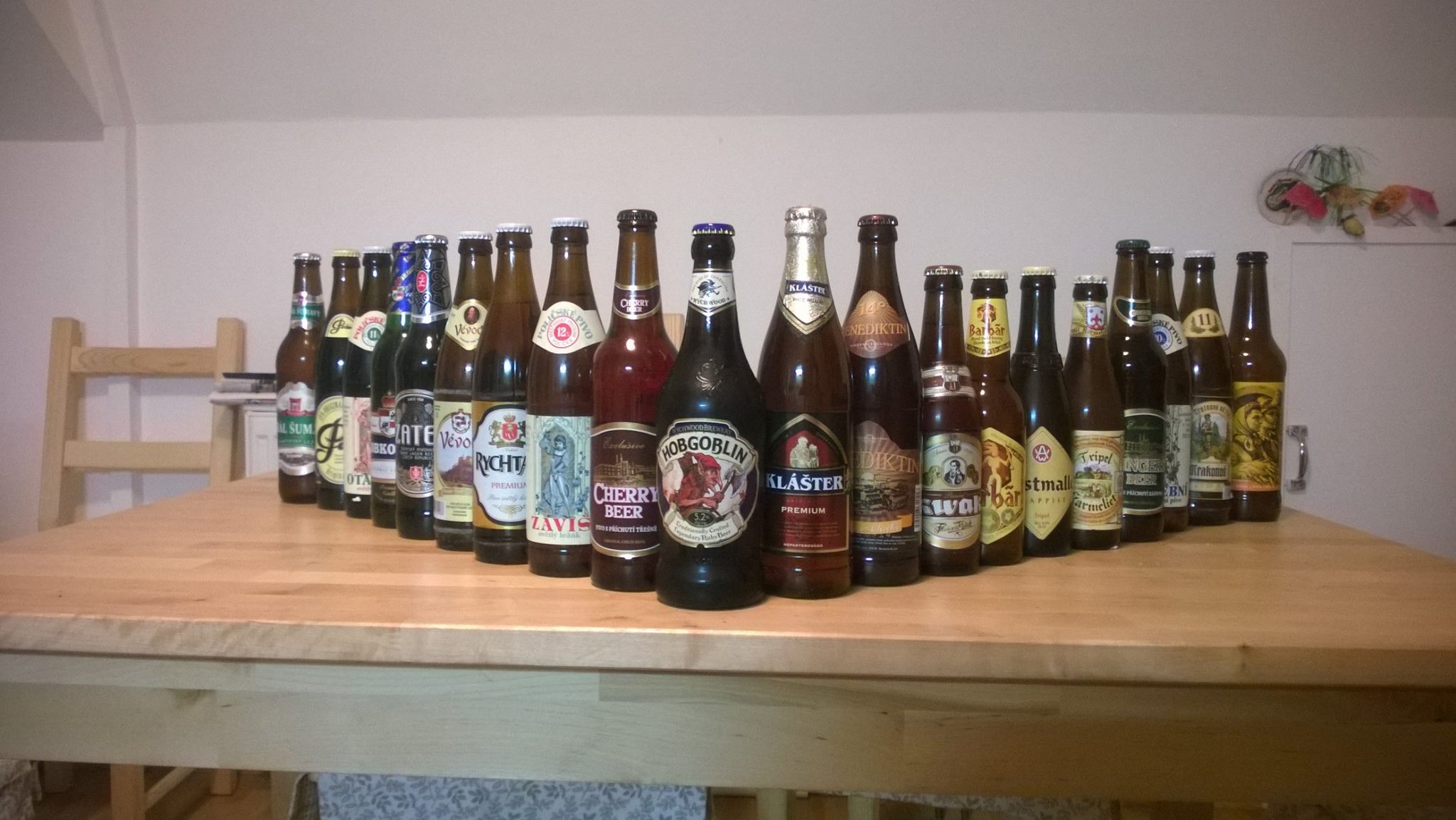 While they tasted the beers, they were giving a rate from 0 to 10 to each beer. In the end, the winner was the Tripel Karmeliet.The word used to describe was AMAZING!!!

There were two very important conclusions from this beer tasting.The best beers are from Belgium, in the Top 5 there are 4 Belgium beers and only one Czech, and beer without alcohol it is not beer, is just a strange juice.

COMMERCIAL DESCRIPTION: First brewed 1996; claimed to be based on a recipe from 1679 which used wheat, oat and barley. Tripel Karmeliet is a very refined and complex golden-to-bronze brew with a fantastic creamy head. These characteristics derive not only from the grains used but also from restrained hopping with Styrians and the fruity nature (banana and vanilla) of the house yeast. Aroma has hints of vanilla mixed with citrus aromas. Tripel Karmeliet has not only the lightness and freshness of wheat, but also the creaminess of oats together with a spicy lemony almost quinine dryness.

COMMERCIAL DESCRIPTION: A strong, dry and spicy trappist ale. The product of a secondary fermentation lasting 5 weeks. This is a complex ale with a fruity aroma and a nice nuanced hop scent. It is soft and creamy in the mouth, with a bitter touch carried by the fruity aroma. An exceptional ale, with a great deal of finesse and elegance, and with a splendid long after taste.

COMMERCIAL DESCRIPTION: Bottled conditioned. Keg: Filtered. In 1996, the brewery innovates and launches Barbãr, ale with honey. Born of the ancestral know-how of a family brewery, Barbar beer will please you with its malt taste and subtle flavour of honey. It is brewed using water drawn from artesian wells on the site of the brewery, at Quenast, a small village to the south of Brussels. This area is well-known for the quality and the diversity of its beers. Barbar beer is prepared from a secret and harmonious mixture of barley malts, hops and honey carefully selected by our Master Brewer. The traditional brewing method, associated with our unique strain of yeast, and the secondary fermentation in the bottle, gives Barbar the authentic flavour of a very special ale.

COMMERCIAL DESCRIPTION: Amber Lager Bernard’s Amber Lager is a unique half-dark lager produced by an original brewing recipe of the Barnard’s Family Brewery. The light caramel-type malt endows this beer with a balanced bitter taste, fine toffee aroma, and full body. It is an unpasteurized beer enriched with yeast during bottling.