Jaroslav Zůda was the man with the badminton plan. Jaroslav, in cooperation with Foreigners.cz organized the event for fellow badminton enthusiast.

The tournament took place at Sport Centrum Kuklenská. The venue had 4 badminton courts, and a nice lounging area where you could enjoy some coffee or Kofola and watch some TV, and a spa where you can get a massage after a long day of badminton.

The tournament got on its way around 10:30 a.m. after only 7 participants arrived for the early morning badminton games. Although we expected a few more people, the early time and the snowstorm on Saturday morning probably kept a few badminton players indoors.

Since the turnout was quite low, we were able to have a more casual tournament, which made for a great atmosphere. Everybody had the opportunity to get to know each other and this made the competition more gripping.

Each match was played two sets to 21 points (which was exhausting for the players.) The winners were awarded 3 points, unless there was a tie than each side received 1 point. Except for the final match that was played with one set until 15 points.

All of the players played with passion and intensity, diving for the birdy, backhanding like professionals, and most matches ended with them collapsing on the ground out of exhaustion. Three of participants were members of MIMSA, and the future doctors of our generation. Their matches were friendly, but extremely intense. 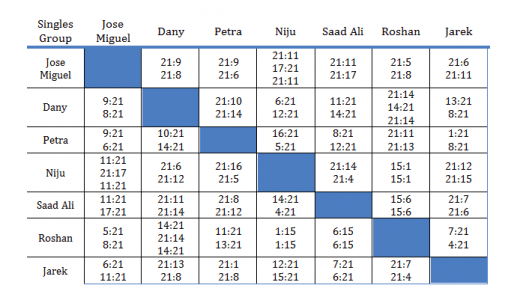 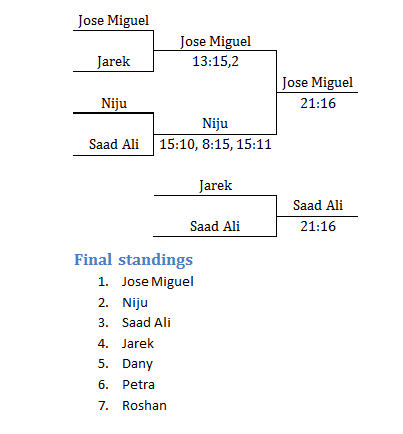 There were three teams for the doubles, so each team played each other once. They played two sets of 21 points.

The tournament finished up on schedule at 3:00 p.m. I think I can speak for the participants when I say it was a great athletic event, and that each player would be feeling the work out from the badminton tournament the next day. 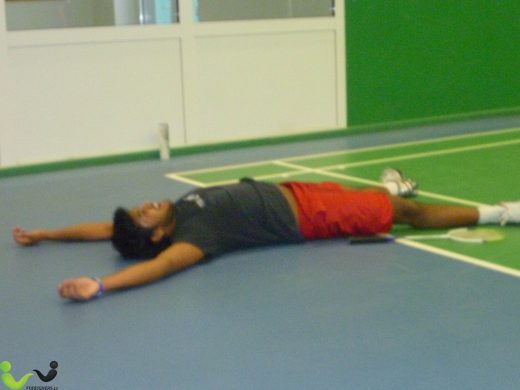 Since we did have a low turnout, even the last place was awarded a prize from Foreigners.cz.

Jaroslav Zůda and Foreigners.cz plan on organizing another Badminton tournament in the Spring and we hope everybody will be able to join us! 🙂

Check out all of the photos from the tournament here.