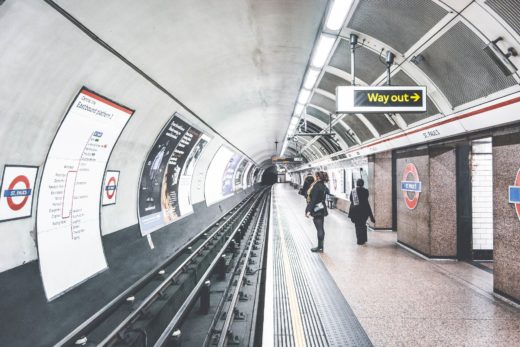 Brits living in Czechia can still apply for a permit, but they might wait for it longer.

7 months since the transition period

The so-called “transition period” ended 7 months ago, on 31 December 2020 when the clock struck midnight. The United Kingdom left the European Union. However, some Brits can still live in Czechia even after this date with near-identical rights to other EU citizens.

To be able to have these rights, you need to prove that you lived here before the end of the transition period and get a residence permit upon proving this.

You should end up with one of these documents:

From our experience, Brits living in Czechia are very interested in applying for these permits. Applying later rather than sooner doesn’t always pay off, though, because the waiting periods can become longer. So don’t wait!

Because applications are still open, however, we are still getting enquiries even now, 7 months later.

If you apply for a residence permit on the basis of the Withdrawal Agreement, you’ll be able to use a number of benefits.

For example, without this permit, British citizens cannot stay in Czechia for longer than 90 days without applying for a third-country citizen residence permit. We’ve had a case when a young Brit wasn’t allowed into an airplane that was going to Czechia because he didn’t have his residence permit or even his lease agreement on him.

Additionally, Brits without a residence permit cannot use the EU/EHP/CH gates at state borders and cannot use automated passport checks equipped with the easyGO system. This means that they will have to spend way more time at the airport than if they had a residence permit.

The most significant benefit of the Withdrawal Agreement is free access to the job market. If you legally lived in Czechia before Brexit, you can work here without any kind of work permit. If you travelled here after 31 December 2020, however, you’re taken by the Czech authorities as a third-country citizen. Third-country citizens usually do not have free access to the job market.

If you are a third-country citizen, you’ll need for example an employee card to work here.

How to prove your pre-Brexit residence

Note that each MOI can have a different approach. If someone tells you in Pilsen that all you need to get your application approved is your lease agreement, the experience might be different in Brno. In general, it’s good to have more evidence than less evidence.

If you’ve worked here before the end of the withdrawal period, the easiest way to prove your residence is with a work contract. Watch out, though, because you need to make sure that your contract contains the location of your work. This is the piece of information key for proving that you were here.

Do you work from home? Is your contract missing a work location? Ask your manager to write you a note in which they swear that you really did work in Czechia before the end of the withdrawal period.

Other documents you can present to the MOI include:

In reality, the rules are not cohesive

Did you really live here before the end of the withdrawal period? Even so, Czech authorities can sometimes look at you as a third-country citizen, because the rules aren’t cohesive.

This can, for example, happen when you’re getting your trade license. EU citizens can apply for it just like any other Czech citizen and the process is easy and doesn’t take long. If you’re a British citizen, however – even if you have a residence permit with the Withdrawal Agreement stamp, you’ll need to present the authorities with your criminal clearance record, which isn’t the standard when it comes to EU citizens. The record of the last three years needs to be equipped with an apostille and come straight from Great Britain. It also needs to be translated into Czech.

Driving license exchanges can also get complicated – contact your local authorities to ask about your specific case.

Exchange your documentation by 31 August 2020

Citizens of the United Kingdom who have in the past been issued a certificate of temporary residence – now known as a registration certificate – or permanent residence permit also need to exchange their documents for the new biometric documents – by 31 August 2022.

Their family members who hold temporary or permanent residence permits in Czechia in the past have to do the same. They should also exchange their documentation by 31 August 2022.

Are you a British citizen who would like to apply for a residence permit in Czechia but aren’t sure how to go about it? Get in touch with us and we will take care of things for you. In the meantime, keep an eye on our blog and social media (including Twitter) for updates concerning new immigration laws.

2 thoughts on “Brexit 7 Months Later: Withdrawal Agreement Advantages and Rights and Duties of Brits in Czechia”